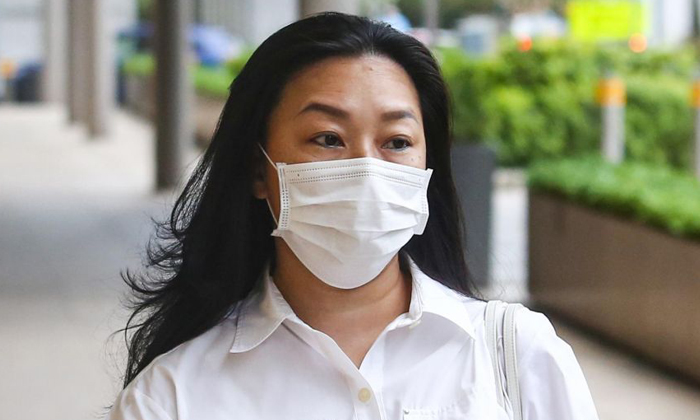 A widow, who took over a family-owned car dealership from her late husband, told the High Court on Tuesday (Jan 19) that one of his sisters called her a "rotten" and "cheap" woman after throwing a bunch of bananas at her during her father-in-law's funeral wake.

Ms Lim Siew Ling, 48, said the Mandarin words used by her sister-in-law Neo Choon Sian were "insulting", as it meant that she was an immoral woman with many sex partners.

However, Ms Neo's lawyer contended that what his client had said was "rotten bananas".

Ms Lim also alleged that Ms Neo told mourners that she had misappropriated large sums of money from the company and paid herself a high salary.

Ms Lim has sued Ms Neo and her husband Heng Hong Hing, both 57, for defaming her at the wake in May 2018, and on two subsequent occasions at the office of Prime Cars Credit (PCC) in June 2018 and August 2018. 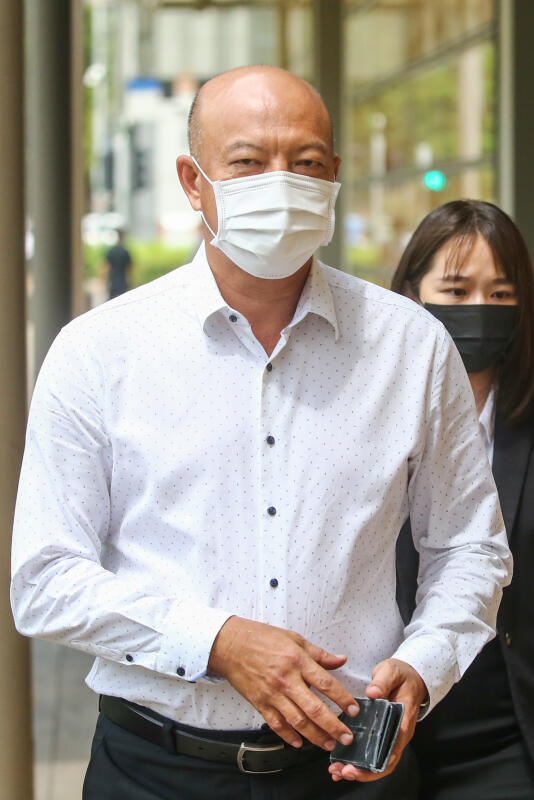 The defamation claim arose from disputes in the shareholdings of PCC, a company set up in 2006 by Ms Lim's husband Jacky Neo.

He held 40 per cent of the shares, Ms Neo Choon Sian held 35 per cent, while another sister Ms Neo Yan held 25 per cent.

In her defamation suit, Ms Lim said that after her husband's death in 2013, she inherited his shares and took over the running of PCC, which dealt with the sale and financing of vehicles.

In 2015, she set up another entity, called Prime Cars Leasing (PCL), to handle car rentals.

Ms Lim's lawyer, Mr Joseph Ignatius, said in his opening statement that in March 2018, the Neo sisters demanded that Ms Lim hand over control of the companies to them and wanted to buy her out.

He said the sisters "self imposed" an impasse in the negotiations.

He said that instead of buying Ms Lim's shares at valuation, Ms Neo Choon Sian "embarked on a campaign with others to smear the plaintiff's reputation in a blatant attempt to drive her out of the industry".

However, Mr Jeffrey Beh, who is acting for the defendants, said the Neo sisters found out in February 2018 that Ms Lim had unilaterally increased her stake in PCC from 40 per cent to 62.55 per cent.

Mr Beh said in his opening statement that when the sisters confronted Ms Lim to regularise the shareholdings, she resisted their repeated requests and proposed to be bought out.

Ms Lim said that on the first day of the wake, Ms Neo Choon Sian took the opportunity to disparage her in front of business associates and customers.

"The plaintiff was humiliated, hurt and embarrassed by the first defendant's words, which were detrimental to the plaintiff's reputation," said her lawyer.

In June 2018, Ms Neo and Mr Heng, who is a manager at PCC, went on a tirade against Ms Lim for changing the shareholdings and for using company funds to set up PCL in her sole name and to maintain her boyfriend.

In August 2018, the couple, again in front of employees, said Ms Lim had "deceived" them regarding the shareholdings.

Mr Beh said the statements made by his clients were justified and protected by qualified privilege.

Ms Lim eventually transferred shares in PCC and PCL to the sisters, retaining 40 per cent of the shares. She was removed as director of PCC in March 2019.

Separately, Ms Lim is facing two other ongoing lawsuits: One, brought by PCL, where Ms Neo is now a director, to recover the sales proceeds of cars; and the other, brought by the Neos to recover about $40,000 that had been paid out by PCC to her boyfriend Ng Boon Chong.

Related Stories
Woman conspired with ex-NTU director and used own husband to cheat university of $191,000
Mistress sued for $2m by businessman says his wife found out about money by bribing tenant
Businessman, 55, sues mistress, 33, to recover $2 million 'loan' -- which she says was a gift
More About:
dispute
court
money