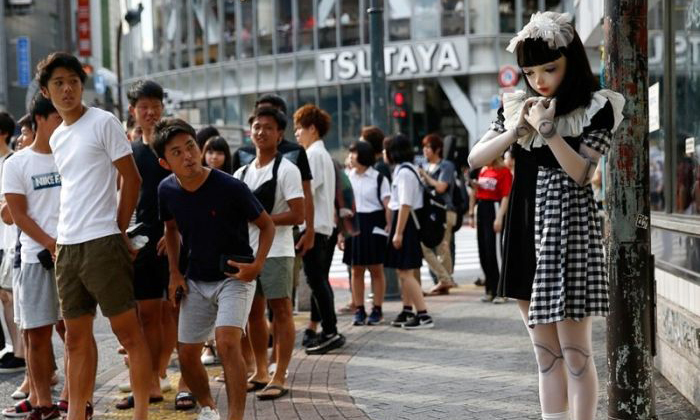 If you are strolling down the streets of Tokyo, Japan, do not be too shocked if you encounter this doll-like figure.

According to Acid Cow, living doll "Lulu Hashimoto" has been known to creep passers-by out with her look.

The incredibly life-like suit consists of a wig, a mask, and stockings patterned with doll-like joints, reported star2.com.

Lulu, who has her own Instagram page, is described as a "fashion model from Harajuku".

Komaki said, "Many people call my project a fetish, but for me, it’s not a fetish but fashion. It’s like wearing nice clothes or putting on false eyelashes to become cuter."

Although there is only one Lulu suit for now, dancers and models are among those who have put it on.

The identity of who exactly is inside the costume is "secret", added Komaki.

See more images of Lulu in the gallery.

Related Stories
Russian model looks just like a Barbie doll -- and is 'all natural'
Hot babe with hot ride: Meet the 'Official Asian Barbie' who owns a Pandem GTR
You'll be surprised at how Russia's most famous Barbie looks like without makeup
More About:
beauty
creepy
weird
unusual
Japan
tokyo
doll
Lulu Hashimoto