Why did driver of SGN2489D abruptly stop on PIE, resulting in accident? 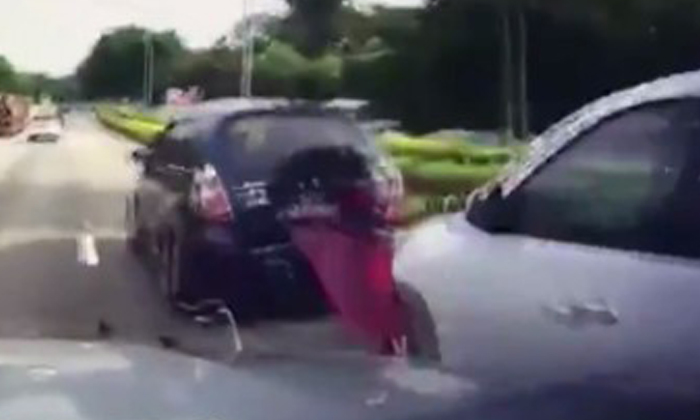 A driver was caught on camera stopping abruptly while travelling on the rightmost lane of an expressway, resulting in an accident between two other cars.

The incident occurred along the Pan-Island Expressway (PIE) towards Tuas on Friday (Nov 30).

A video of the incident was uploaded by Facebook user 明健石林 on SG Road Vigilante's Facebook page and also shared by ROADS.sg.

In the video, a black car with licence plate SGN2489D appeared to stop on the rightmost lane of the highway for no apparent reason.

A white car behind then stopped, causing the vehicle whose camera was recording the video to collide with its rear.

Many netizens responded to the video by saying that there was no reason at all for the black car's driver to have stopped, though some suggested that the might have slowed down for a speed camera ahead.

In response to a Stomp query, the police said that they were alerted to an accident involving two cars at 4.39pm.

Related Stories
Woman runs across road and towards car, crouches down -- then suddenly changes her mind
Man jumps onto oncoming cars after running around Geylang Road like 'headless chicken'
Woman collapses after getting 'hit' by car, flees after hearing driver call police
More About:
accident
accident scam
chain collision
scam