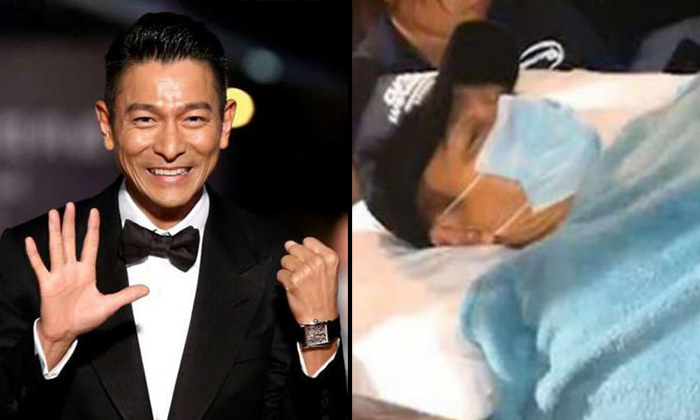 Andy Lau has been advised by doctors to recuperate for up to 11 months after fracturing his pelvis in multiple places during a shoot gone awry in Thailand.

The injury may throw a wench into the works, possibly forcing Lau to cancel his 20 year-end concerts which were set to happen at the Hong Kong Coliseum.

The 55-year-old star could possibly lose at least S$18 million if he backs out the film, commercials and concerts in his schedule.

“He tells me to tell all friends and relatives not to visit him in hospital and let him have a good rest because all the talking, laughing and reacting will trigger off the pain.”

Lau’s management company Topman Global gave an update on his injuries on Monday (Jan 23), citing that the Lau had sustained multiple fractures on his pelvis and also various tendon and muscle strains after getting thrown off a horse during a commercial shoot last Tuesday (Jan 17), reports The Straits Times.

In an official statement issued, the company wrote:

“He needs about six to eight weeks of hospitalisation and six to nine months of rehabilitation and recuperation.”

Related Stories
What Andy Lau's wife did after finding out he had kept his serious spinal injury from her
Andy Lau seriously injured after getting thrown off and stomped on by horse in Thailand
Andy Lau's medical bills estimated to reach whopping $550,000
Andy Lau will not need operation -- but is relying on painkillers for relief
Andy Lau
injured
Alam Tam
entertainment