Who's right, who's wrong? Cyclist rants at BMW driver on FB for not 'sharing road' 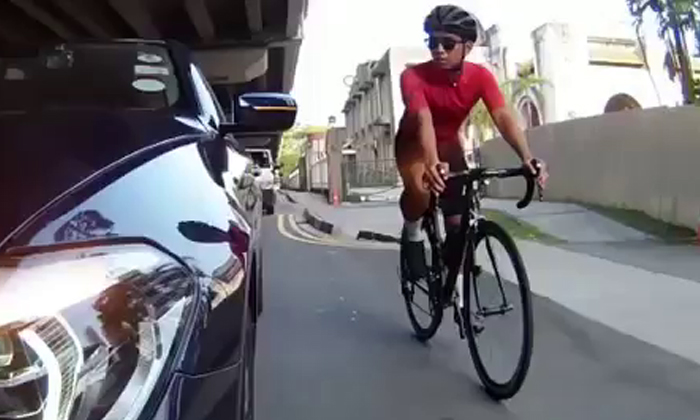 A BMW driver was called out by other cyclists for not sharing road space.

Anonymous said the videos were recorded by his cyclist friend and that he was helping to share them to raise awareness.

A second cyclist dressed in a red shirt, whom Anonymous said was also his friend, can be seen gesturing at the BMW driver in the videos.

"As you can see, this driver don’t give a f*** to share the road or space.

"Please lah! I know it’s working hours and you need to rush. Some more this red rider already warned you but you still driving too close..."

The Stomper, who would like to remain anonymous despite having posted the videos on his personal Facebook page as well as in public groups with the same caption, added: "Aren't we supposed to share the roads? I abide by the rules too, idiot."

Reactions to the videos are mixed:

What are your thoughts?