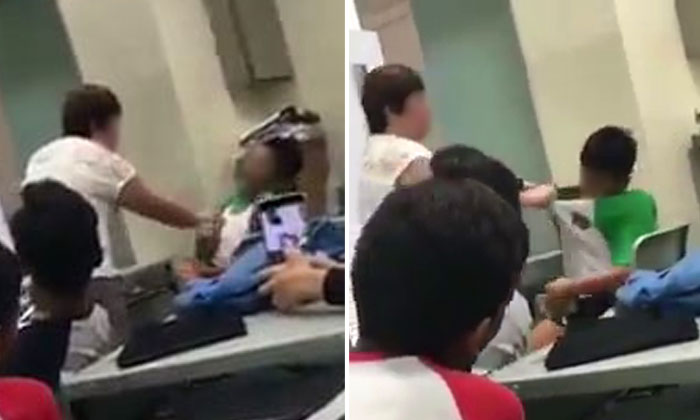 A video that re-emerged on social media recently showing a teacher pulling a Whitley Secondary School student by his T-shirt actually happened in September 2018, says the school.

The video was posted on Rilek1Corner's Facebook page on Monday (Jan 21) and has since garnered over 167,000 views.

In the video, the female teacher is seen pulling the boy by the collar of his T-shirt to stand-up and gestures for him to leave the classroom amidst cheers and jeers from his classmates.

In response to a Stomp media query, Mrs Anba Saroja, the Principal of Whitley Secondary School said the incident arose because the student was being disruptive.

"The school views this incident very seriously and does not condone inappropriate behaviour by teachers, relief teachers, or students," she said.

"The incident, which took place in September 2018, arose because the student was disruptive, refused to leave the class when told to, and affected the learning of his classmates.

"Hence, the relief teacher pulled his T-shirt in an attempt to get him to leave the class.

"The teacher and the student have been counselled and have since apologised to each other."