While some are on Bigo to impress girls, this 26-year-old uses it to save animals 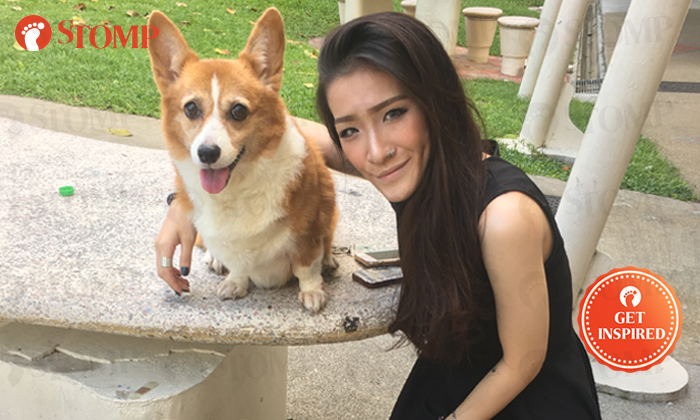 Once at the lowest point of her life, Raphaelle Gan found light at the end of the tunnel one month ago when she started raising funds for animals in need.

In an earlier report, a Stomper shared Raphaelle's fundraising efforts for the Society for the Prevention of Cruelty to Animals (SPCA) Singapore.

What made the campaign different was also where it sat on: Bigo Live, a video live-streaming application started by a local company.

Popular among youths, it allows users to stream anything they want, while others watch, interact with them or leave comments like in a setting resembling a chatroom.

Users can also buy 'diamonds' (the app's currency) using real money, to get stickers of items like flowers, cars and jewellery, which they then gift to those who are streaming as a reward.

Each item's value will be added to the streamer's 'bean' count. When users have a high enough number of beans, they can cash out them for money: 210 beans equal US$1 (S$1.36).

Stomp got in touch with Raphaelle yesterday (June 29) and visited her at the block of her Yishun home for an exclusive interview. We also wanted to present her with a Stomp Goody Bag.

Accompanied by her 12-year-old Pembroke Welsh Corgi, Raphaelle's love and concern for animals is hard to miss, especially when you see how the two interact.

The 26-year-old, who underwent surgery after a tear in her ankle and two ligaments, shared how her injury was what got her started on her noble cause.

Besides having "nothing to do" at home due to three months of unpaid medical leave, she also had her savings depleted -- but found the answer to her problems in Bigo upon learning of its 'beans' system.

Raphaelle opened up to Stomp, "I've been dealing with depression, anxiety, borderline personality disorder and co-morbid bipolar since 2011. I suffer from severe mental disorders, but there isn't a cure for it and I'm trying to deal with it on a daily basis.

"Doctors can no longer help me. I can't afford physiology or see my ankle surgery doctor.

"I'm homebound. So I tried Bigo and realised I could earn money from it. I could use the money to see my doctors, I could feed myself. I could use it for necessities."

Raphaelle earned $100 in just one month of streaming on the app, where she "talks about random, normal, boring stuff".

However, she decided to use the money to purchase 10kg of pet food for hungry animals instead, after realising how helpless they were and the dire conditions that many lived in.

She then sent the pet food to SPCA herself, which she sees as the "finest form of sincerity".

Raphaelle added, "I would rather use the money to donate to SPCA. I needed the money but I can go on YouTube to find out how to recover and do physiology on my own. I can try my best to do what I can do for myself. But animals can't do anything."

The animal lover is on Bigo every day, sometimes for as long as 12 hours, and has even received monetary donations in her bank account from anonymous strangers who come across her account details.

Asked about her thoughts on being contacted by Stomp for a Goody Bag, she said: "I feel very touched and honoured.

"If I am able to hit my target for next month, I will donate the Goody Bag to SPCA. Because maybe the people there might need the Goody Bag and what's inside.

For those who would like to contribute to Raphaelle's cause, find her on Bigo at ganraphaelle or on Facebook.

Watch Stomp's interview with Raphaelle below.