"When will this end?" asks frustrated commuter caught in delay on NSL due to 'glitch' 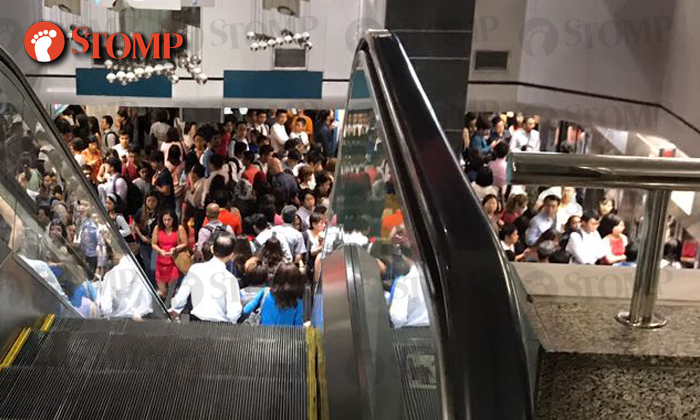 Stomper Nicholas was caught in a train delay today morning (June 5) at around 9am on the North-South Line (NSL).

He had boarded the train at Novena MRT station after waiting for three to five minutes, but said his journey and travelling time was delayed by 10 to 20 minutes on the whole.

"Red line glitch again? Heard an announcement saying that the trains are having a delay because of some glitch and asking passengers to stay calm... when will this end?"

A photo that he took at Dhoby Ghuat MRT also shows the place packed with commuters.

Transport company SMRT had earlier announced that commuters might face glitches on the NSL as weekday checks on the new signalling system began on May 29.

Instances of train and platform doors not opening or closing promptly, trains held at stations slightly longer than usual or trains stopping momentarily between stations are some things that one might experience.

Last week, several Stompers reported getting caught in human traffic after a signalling fault on the NSL on June 2.