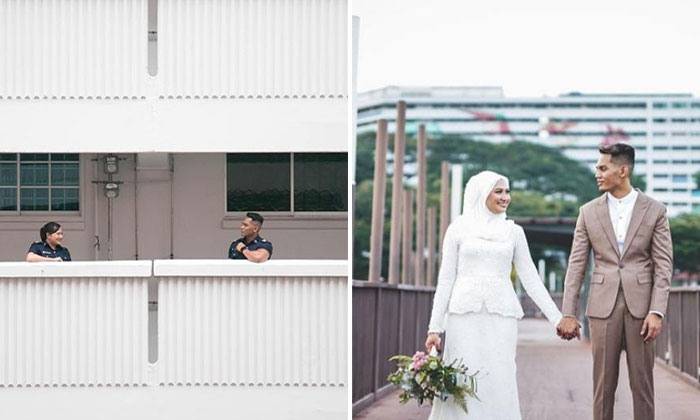 How’s this for serendipity: They lived in the same block, on the same floor and worked at the same place.

But for a time, married couple Nurril Shafirrin Binte Mohamed and Muhammad Ridzuan Bin Rosli didn’t even know the other existed.

Sometimes, though, fate is simply too persistent.

According to an article in a Ministry of Home Affairs newsletter, the pair met while working at the Immigration and Checkpoints Authority (ICA) in 2015, when Ridzuan was assigned as a mentor to Nurril.

Things were icy between the two after their first meeting at the Woodlands Checkpoint's cargo clearance area.

“He wasn’t even talking to me,” Nurril said. “So my first impression of him was that he was quite arrogant. I didn’t like him, actually.”

But yet again, fate persisted, and the two later wound up in the same work deployment together.

It was then that they discovered they were practically next-door neighbours.

Strangely, they had never noticed each other in the neighbourhood, even though they lived one unit away from each other.

Over time, the two struck up a friendship at work. 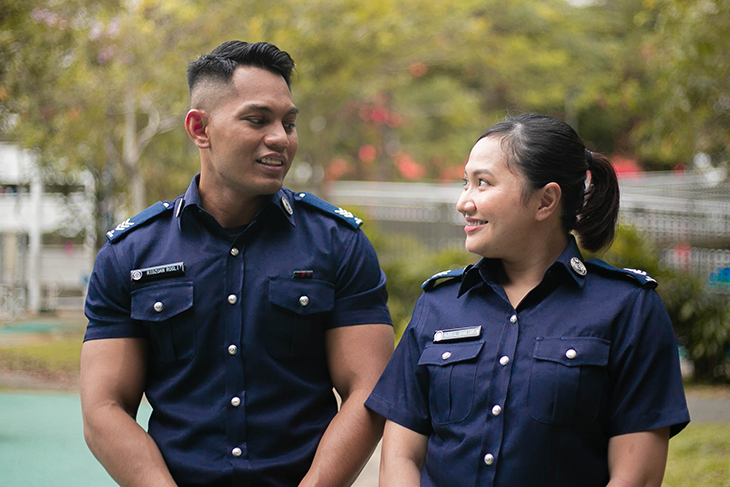 Ridzuan said that as he got to know Nurril better, he admired Nurril's willingness to learn new things.

This of course included saying "yes" to Ridzuan when he proposed.

The pair tied the knot in 2019, and recently welcomed a daughter into the family. 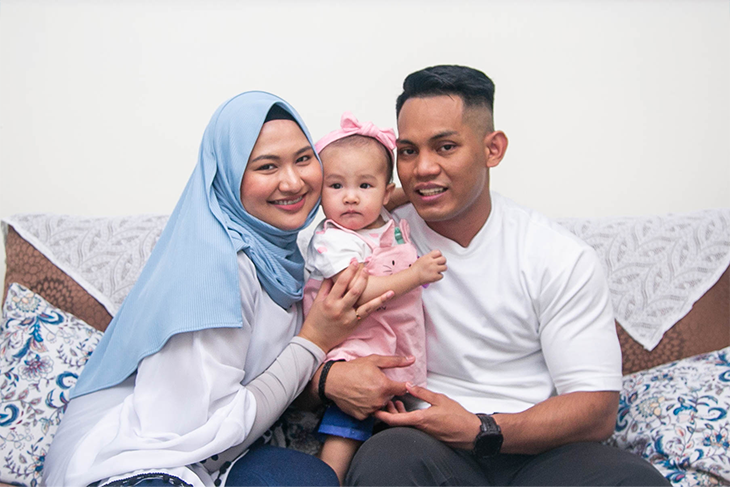 On top of their work as ICA officers, and being parents to a newborn, Nurril and Ridzuan are furthering their studies under an MHA sponsorship.

“It was overwhelming at first but I managed to adapt and balance my work, studies and family commitments,” said Nurril.

“Without the strong support of my husband and family, I don’t think I’d be able to do it!”

The couple continue to support each other with words of encouragement and being great listeners.

“Always trust your partner. Respect her and always be open in your communication,” Ridzuan said.

Added Nurril: “And, if things don’t go your way, just accept them and learn from your mistakes.”