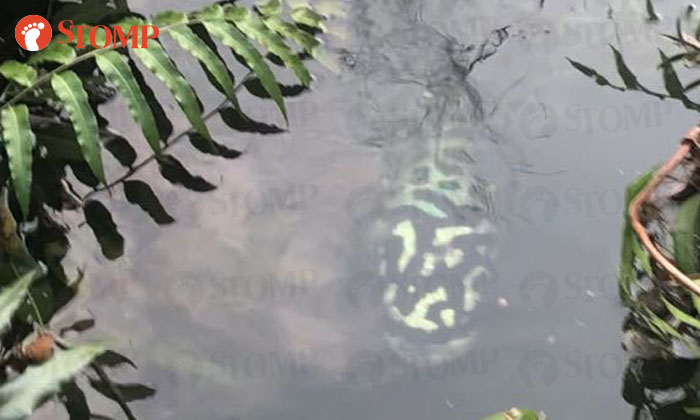 Stomper Pavel was talking a walk at East Coast Park yesterday (Aug 28) afternoon when he chanced upon a "strange creature" in a pond.

In a video Pavel shared with Stomp, a bright green-and-black coloured creature is first seen swimming beneath some leaves, before approaching the surface of the water, which has the person filming running away in fear.

"Its head looks about 15cm wide, and I could only see its head so I don't know its length.

"It looks too wide to be a snake but it doesn't look like a fish either. I really don't know what is that."

Pavel also added that sighting this intriguing creature was a first for him.

After the article was published, Stomper David suggested that the creature could be a Toman fish, accompanied by a photo of the said fish.