What's the rush for these drivers caught beating the red light? 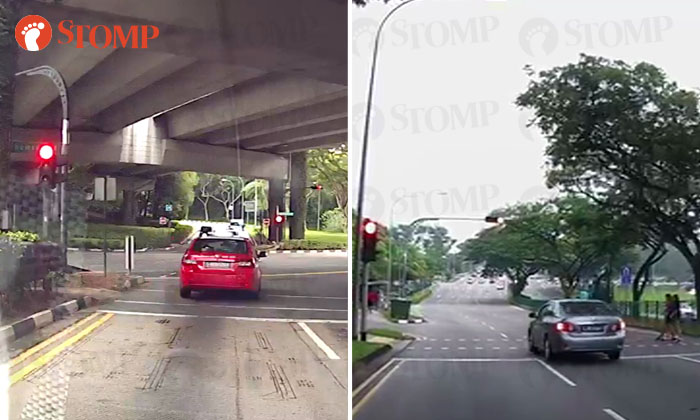 One day after another, drivers are seen beating red lights.

A taxi driver who was at a junction along Upper Thomson Exit towards Sembawang Road on May 19 at 1.52pm was too impatient to wait and moved off before the traffic lights turned green.

Stomper James shared a video of the incident with Stomp.

"This taxi moved off at the junction while the traffic light was still red," said James.

In the video, the red taxi could be seen driving towards the intersection before the lights turned green.

As a result of the taxi driver's impatience, motorists coming from the right and left had to brake to avoid him.

On May 20 at 2.06pm, another driver was spotted beating a red light along Yio Chu Kang Road towards Greenwich Village.

Stomper Victor was in the passenger seat of his friend's car when he witnessed this incident.

Victor said: "Whether it was intentional or not, it was very dangerous."

In a video shared by Victor, a car is seen going straight past the traffic junction without slowing down.

"Fortunately, the two girls who were crossing the road were not looking down at their mobile phones or something," said Victor.

"The car was so near them."