What is the mysterious fire in the east at night? 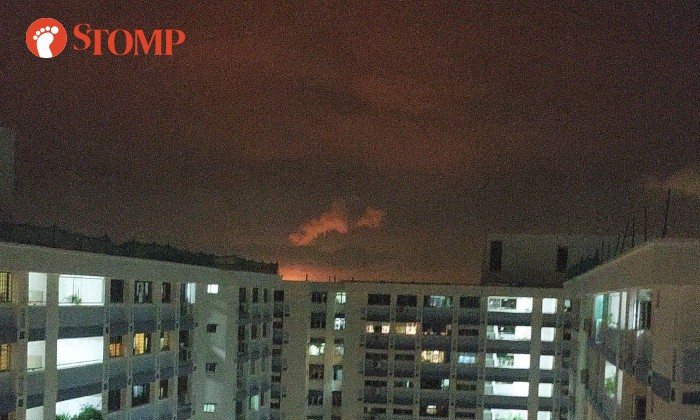 When he saw the fire's glow in the night, he thought it was in Changi.

"On June 16, I purposely drove through the coastal road and the fire can be clearly seen, looking inland, especially clear at the bend that branches off into NSRCC (National Service Resort & Country Club).

"Intense, straight up and narrow, almost four to five stories high. I was unable to get a photo as I was driving and it would be unwise to stop at a bend."

But Fabian, who lives in Pasir Ris Street 51, did get a picture from his home at 9.34pm. 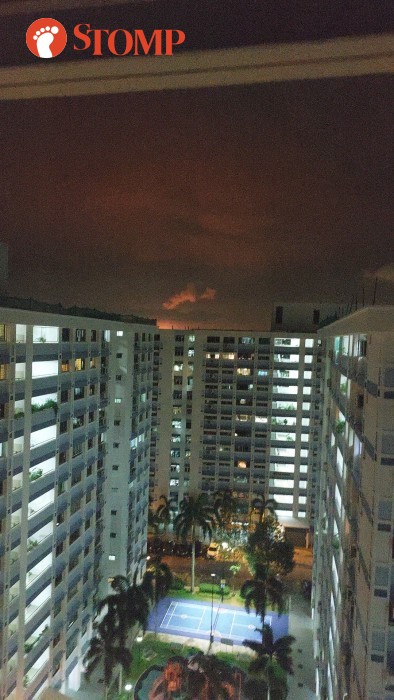 He said: "The lighted horizon remained just as bright when I went to sleep around midnight."

Except no fires were reported in Changi at the time.

Where could the fire be?

Images of the mysterious glow in the eastern night sky were posted online by others, wondering what it was.

Anyone else see thia big #fire in the east of #Singapore? pic.twitter.com/gWxcg7XDS3

Curiously, there were similar sightings in the west as well.

A video taken from Jurong East MRT station shows a mysterious fire from a distance.

The mystery was apparently solved when several netizens offered the explanation that the fire in the east was from a flare tower at the oil refinery in Pengerang, Johor, which is east of Singapore.

Flaring is the process of burning off excess gas from an oil or gas well or refinery.

But why are we suddenly seeing it now?

It was reported last month that after being closed for more than two years, the refinery-petrochemical complex in Pengerang was resuming operations at a time when refining margins in Asia are at record levels, buoyed by a fuel demand recovery. The oil refining complex was shut down in 2020 after an explosion killed five people.

What about the mysterious fire in the west of Singapore then?

This question was answered in 2019 when The Straits Times reported that the fire was from flaring at Jurong Island, where the oil refineries are.

Many were mystified by the fire back then too.