Well well well, look who showed up at Thomson Medical Centre this morning 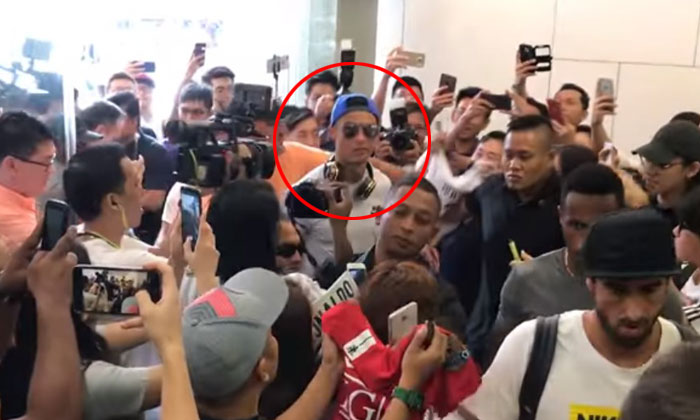 If you were at Thomson Medical Centre this morning (Jul 21), you might have noticed that the hospital was a little more crowded than usual.

Instead of the doctor however, many of those who gathered at the premises were there to see football star Cristiano Ronaldo.

The 32-year-old is in town for a day to sign a major endorsement deal brokered by Mint Media, a Hong Kong-based company owned by local billionaire Peter Lim.

According to The Straits Times, the Real Madrid player was greeted by around 100 excited fans.

They tried to get photos of the Portugal captain, but he was escorted quickly by bodyguards to the lift of the medical facility.

Ronaldo will dine with Lim before flying off later today to attend Mint Media events in Beijing and Shanghai.