Well-dressed man asks passer-by for money, walks off when called out by Stomper 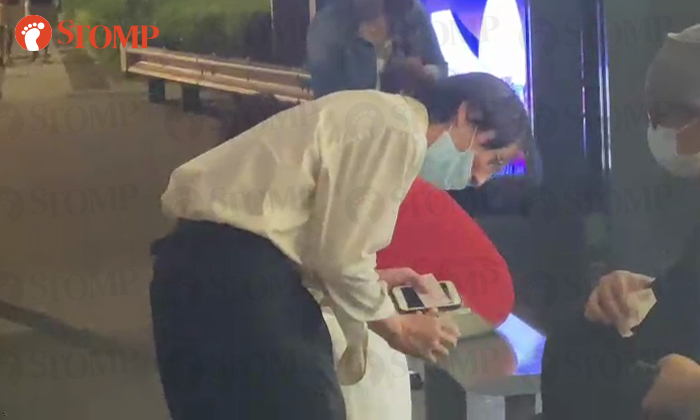 A man was seen asking a passer-by for money, but quickly walked off when called out by someone who recognised him.

Stomper Anonymous shared a video of the incident that he witnessed in Dhoby Ghaut on Monday night (Nov 8), at around 11pm.

Anonymous said he saw the well-dressed man asking people for money at a bus stop near the YMCA building. However, it was not the Stomper's first encounter with the man.

Anonymous shared: "I remember this man from a few years back when he asked me for money. I think it was a few dollars. I found him suspicious so I did not give him money.

"I have seen him in the Dhoby Ghaut area many times since then, begging other people to give him money.

"He is always wearing a white shirt, black trousers, black shoes and holding a plastic bag as seen in the video.

"On Monday night, I saw him approaching the bus stop and noticed that he was begging for money again."

In the video, Anonymous can be heard calling out to someone not to give the man money and saying: "He's a liar."

Anonymous added: "The man had no reaction and just walked off."