Welcome to the jungle... at HDB corridor in Pasir Ris 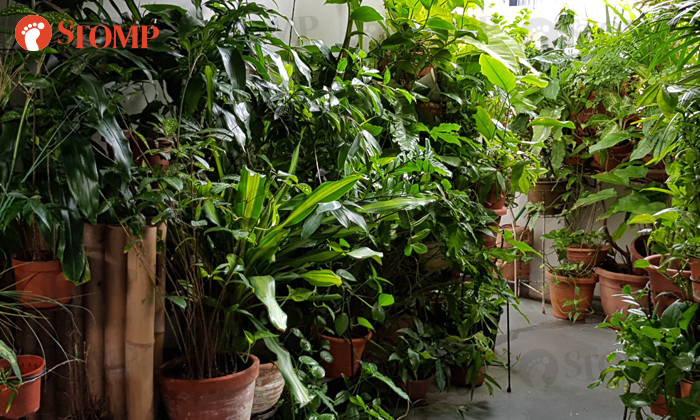 A resident who turned a common corridor at Block 101 Pasir Ris Street 12 into a mini jungle is working with the authorities to reduce the clutter, Pasir Ris-Punggol Town Council told Stomp.

Every time Stomper A steps out of her flat at Block 101 Pasir Ris Street 12, she is greeted by the sight of her neighbour's 'private jungle'.

Numerous potted plants of varying heights clutter the eighth-floor corridor, making it hard for people to pass through.

According to Stomper A, the plants have been there since she moved into her flat 11 years ago.

She said: "When I raised the issue with my neighbour, she simply said that she loves plants."

Photos submitted by the Stomper show potted plants on the ledge of the block and how the thick vegetation is visible even from the foot of the block. 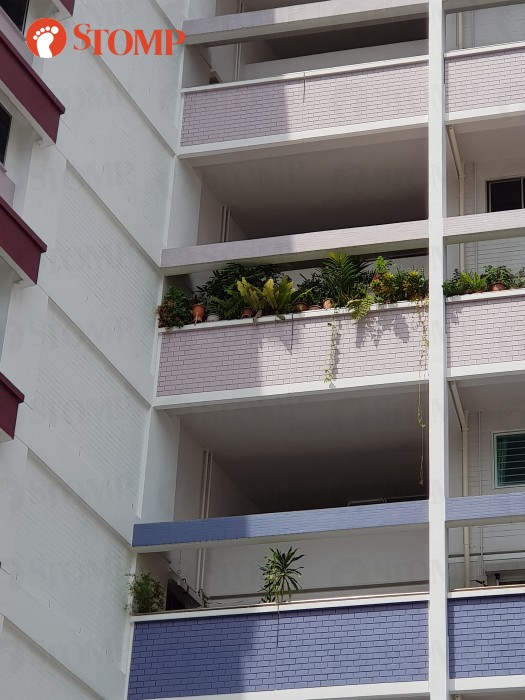 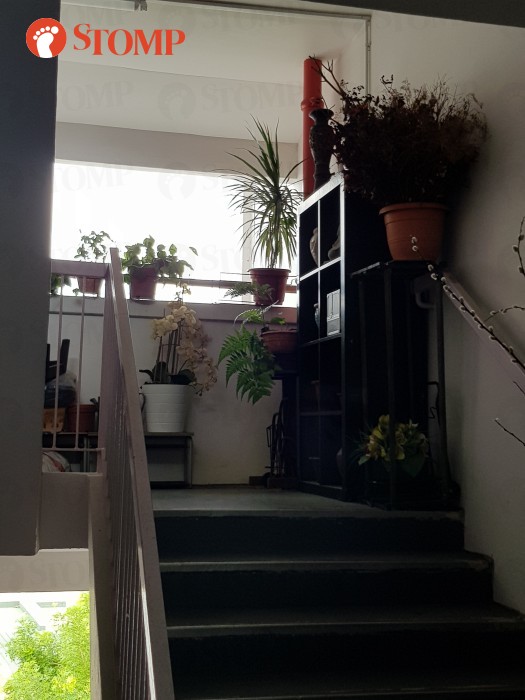 There is also furniture along the corridor.

Stomper A added: "It's a fire hazard, the walkway is very narrow, and the escape route in the event of an emergency is blocked.

"I have provided feedback to the town council on multiple occasions but am always told that the owner of the flat is not available during visits by town council representatives."