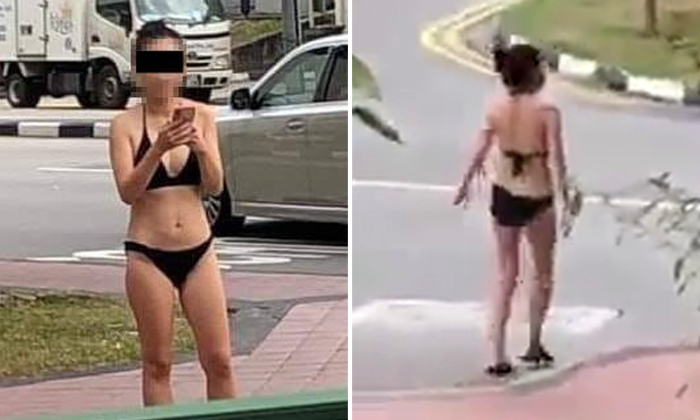 It has been a rather stuffy March -- so much so that a woman was seen running along the streets of Balestier in a bikini.

A photo uploaded on Facebook on Saturday (March 9) shows the woman using her handphone while wearing a black bikini, though it is unclear when exactly the incident occurred.

"This lady was seen hailing for a cab along Balestier Road. Can’t blame her outfit as Singapore is really scorching hot this week!" said a caption accompanying the post.

A video also shows woman running towards Jalan Raja Udang in her bikini and slippers.

According to Shin Min Daily News, some netizens felt that the woman's attire was appropriate only in a pool or beach setting.

Others pointed out that the recent heatwave might have led to her choice of outfit.

Meanwhile, a few thought that the person who took the photo and video of the woman was making a mountain out of a molehill.

The first two weeks of March saw warm weather in Singapore due to dry conditions and strong solar heating of land areas during the day, reported The Straits Times.

Earlier in February, a woman made headlines after being seen at Somerset MRT station in an outfit that was deemed too skimpy.

The woman, Ms Ashley Garcia, later responded to the controversy and said that indecent exposure had not been her intention.