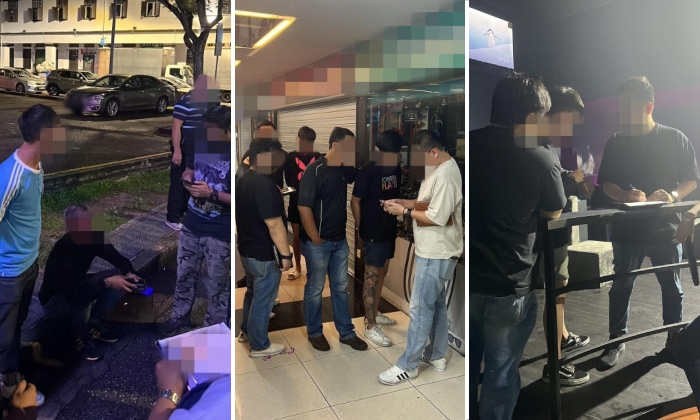 Twenty-four men, aged between 17 and 60, were arrested for various offences following a month-long joint crime suppression operation conducted between Nov 4 and 30.

The operation was led by the Secret Societies Branch of the Criminal Investigation Department and supported by Central and Tanglin Police Divisions.

Close to 60 public entertainment and nightlife establishments, food & beverage outlets and over 230 persons were checked during the operation.

The police arrested 21 men for being suspected members of unlawful societies. Another three men, aged between 32 and 34, were arrested for various other offences. 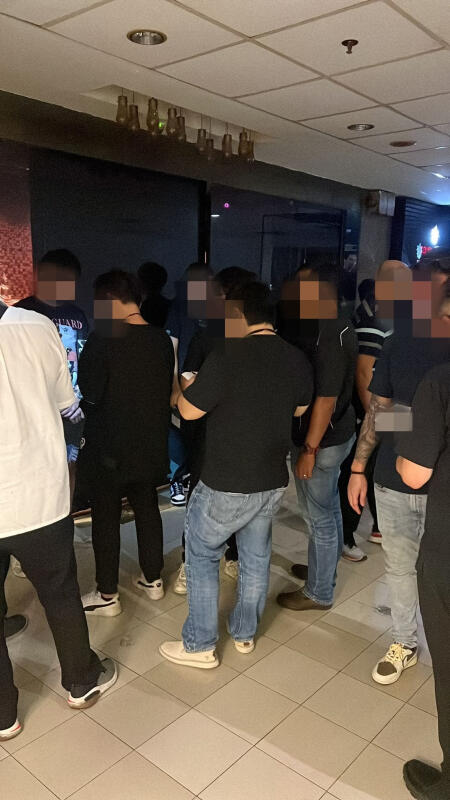 A 32-year-old man was allegedly found in possession of a truncheon (stick-like weapon) and three vape devices along Claymore Drive and was arrested. He was also found to be wanted for failing to return to an approved institution under the Misuse of Drug (Approved Institutions, Medical Observation and Treatment and Rehabilitation) Regulations.

A 34-year-old man was allegedly found in possession of a karambit (small curved knife) along Aliwal Street. He was arrested for the offence of carrying an offensive weapon in public. In addition, he was wanted for an offence of theft.

Police investigations against all 24 men are ongoing.

Anyone found guilty of being a member of an unlawful society shall be liable on conviction to an imprisonment term not exceeding three years, a fine of up to $5,000, or both.

The police will continue to work closely with relevant stakeholders to conduct regular anti-crime and secret society suppression operations at various public entertainment and nightlife establishments, and popular congregation hotspots during the upcoming year-end festive season.