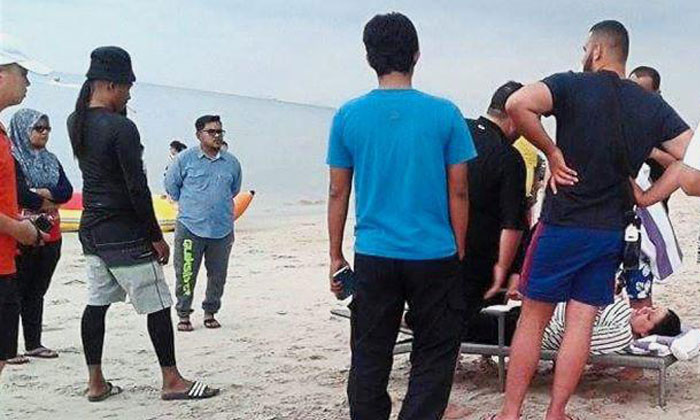 A foreigner who was believed to be an Arab woman in her mid-30s, had to be rushed to the Penang Hospital after she was involved in a water scooter accident in Batu Ferringhi.

The woman was on a water scooter when it collided with another watercraft ridden by two Nepalese men at around 5pm on Sunday (Nov 29), reported The Star via AsiaOne.

According to Louis Lim, chairman of the Penang Watercraft Operators Association, the woman suffered a knee injury and was conveyed to the hospital.

Said Louis: "Our internal investigation revealed that the woman and her husband had rented two water scooters from an operator near Bayu Senja.

"They were staying at a hotel in Batu Ferringhi while the two Nepalese were based in Butterworth.

"We have a standard operating procedure on the hiring of water scooters for our members.

"We have started an internal inquiry on how the incident happened."

George Town OCPD Asst Comm Mior Faridalathrash Wahid said police received two reports, one from the operator and another from the Penang Island City Council on the incident.