Water rains down from Jewel Changi Airport ceiling, 'I witnessed this happen 3 times' 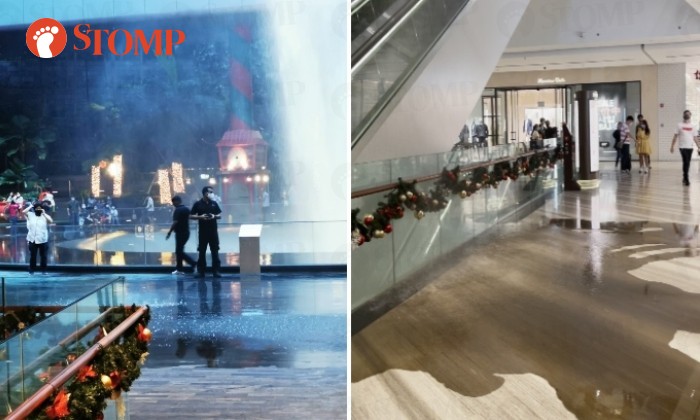 Those who were looking to catch the waterfall show at Jewel Changi Airport may have gotten more than they had bargained for when water started pouring down from the ceilings on Dec 22.

Just four days prior on Dec 18, businesses hit a snag when water began to gush down from the ceiling at basement one of Jewel.

When a similar incident happened again, Stompers Loke and Anonymous shared their frustrations that their shopping had to be put to a halt.

In the video, people can be seen covering their heads as they walk through the water that is gushing down.

A woman, who appears to be a staff at Jewel, comes up the escalator and raises her hand up towards the camera, signaling the Stomper to stop taking videos.

Another clip shows a separate section of Jewel also being affected by the leak.

Water can be seen flowing from the escalator towards the nearby shops. 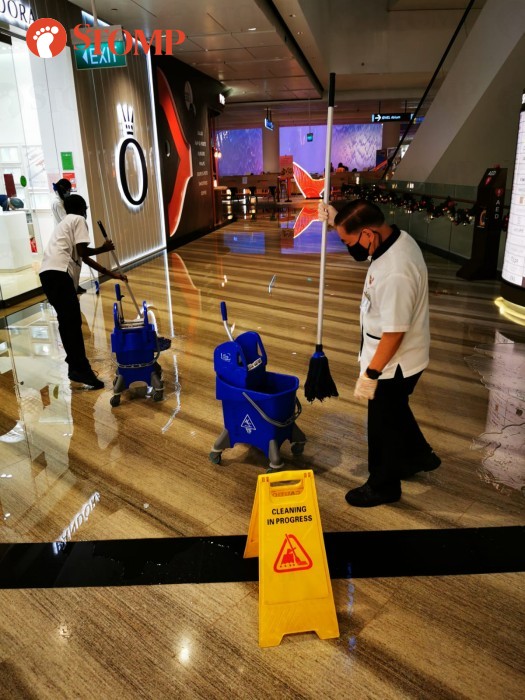 In one of the photos that Anonymous sent, two cleaners can be seen mopping up the water from the floor.

Another photo shows shoppers avoiding a large pool of water on the ground outside the Onitsuka Tiger shop. 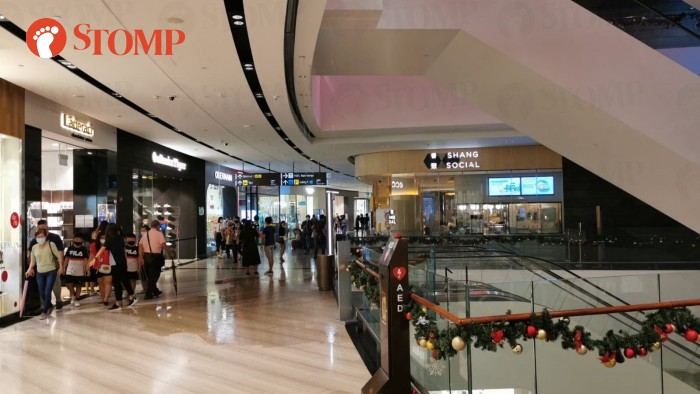 "It was 'raining' inside Jewel at about 6.30pm. The 'rain' started after a fire alarm was activated," Loke said.

"Water flowed into the Pandora shop at basement one and I think it had to close for a while."

Anonymous, who was also visiting Jewel at the time, shared that this was not the first time she experienced this.

"I've witnessed this happen in Jewel three times, so I know this is not the first time," the Stomper said.

"I think that all levels were affected and the leak happened for about an hour.

"The staff members were busy asking people to stop recording. Even I was asked to stop taking videos."