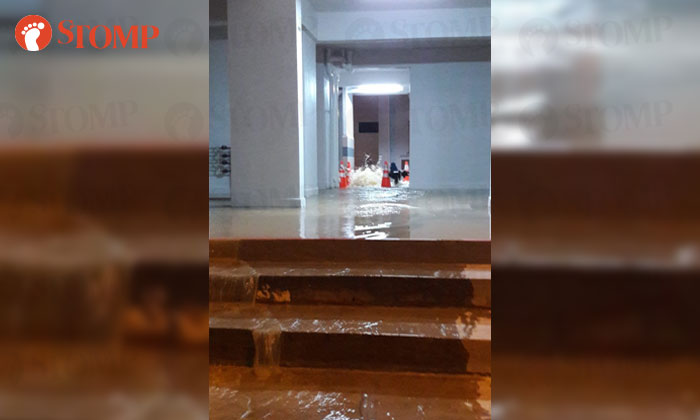 Water was seen gushing down from the void deck of Block 240 Hougang Street 22 on Tuesday morning (Mar 26).

The water leak has since been repaired, the PUB, Singapore’s National Water Agency, told Stomp in response to a query.

Stomper Michael alerted Stomp to the incident and shared photos he took of the water when he was cycling by the area at about 5.20am.

In his photos, orange cones are surrounding the source of the leak and water is streaming down the steps from the void deck.

A PUB spokesman issued the following response to Stomp regarding the incident.

"Our officers were immediately activated to the site to investigate.

"The leak was isolated at 6.15am and repair works have already been completed.

"Water supply to the residents was not affected."