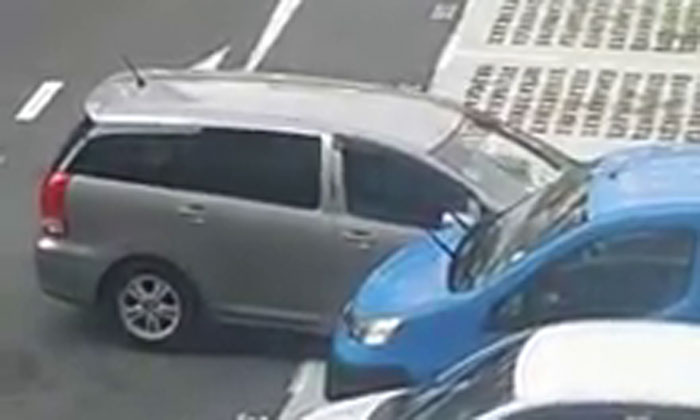 If you are the impatient type you may get frustrated watching this video of a driver repeatedly try and fail to exit a parking lot.

Facebook user Donald Liew posted a video on Thursday (Oct 25) of a driver having a hard time reversing out of a lot at an open-air carpark.

It is unclear where or when this incident occurred.

In the video, the driver is seen repeatedly reversing out of and driving into the lot while scraping against a blue van parked next to his vehicle.

As he reverses, his car catches onto the van and pulls it with him.

He repeats this manoeuvre a whopping 12 times in under three minutes and still cannot get out of the lot.

Since the time of posting, the video has garnered over 600,000 views.

Several netizens wondered how on earth the driver even managed to get a driving licence.

Perhaps it is time to go back to driving school.