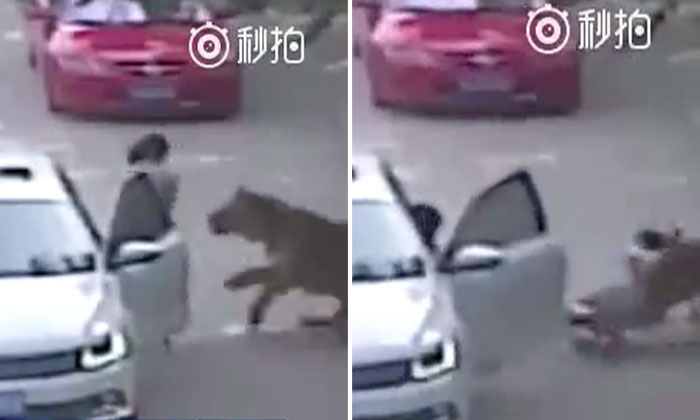 A female tourist was mauled to death while another woman was injured after being attacked by tiger in Beijing's Badaling Wildlife World on July 23.

According to 新闻爆爆看's Facebook page, the two women are understood to be mother and daughter. They were part of a group of tourists who self-drove into the safari.

Chinanews.com reported that the daughter had left the vehicle after an argument with a male friend, though that has yet to be confirmed.

A tiger then attacked the woman and dragged her off, prompting her mother to give chase in an attempt to save her.

The incident was caught on video up to this point.

According to online reports, the mother ended up being mauled to death by another tiger, which carried her body away.

A man who aided the failed rescue attempt and a small child who had been with the group were uninjured.

The daughter was injured in the incident and is currently recovering from her wounds in the hospital.

Guests to the park reportedly sign an agreement that instructs tourists who self-drive into the park -- through an open space where animals roam free -- to lock the doors and windows, as well not to exit the vehicle.

The wildlife park is closed following the tragedy.

The park has had at least one previous tiger attack, online news portal Sohu said, noting that a security guard was mauled to death in August 2014.