Watch: Shards fly at windscreen after car runs over broken glass on PIE 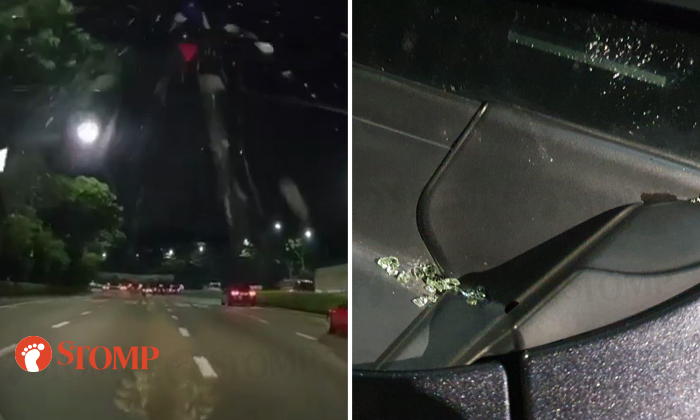 A car was left damaged after running over broken glass along the Pan-Island Expressway (PIE) on Saturday night (Jan 23).

Stomper Kelvin, who was a passenger in the car, shared dashcam footage of the incident that occurred under the Bukit Timah Expressway (BKE) flyover at around 9pm.

In the video, glass shards can be seen flying towards the car windscreen.

Kelvin recounted: "We were shocked and thought it was an iceberg.

"We stopped at a restaurant along Upper Bukit Timah to check what had happened.

"We realised that we had ran over broken glass when we found glass debris all over the car." 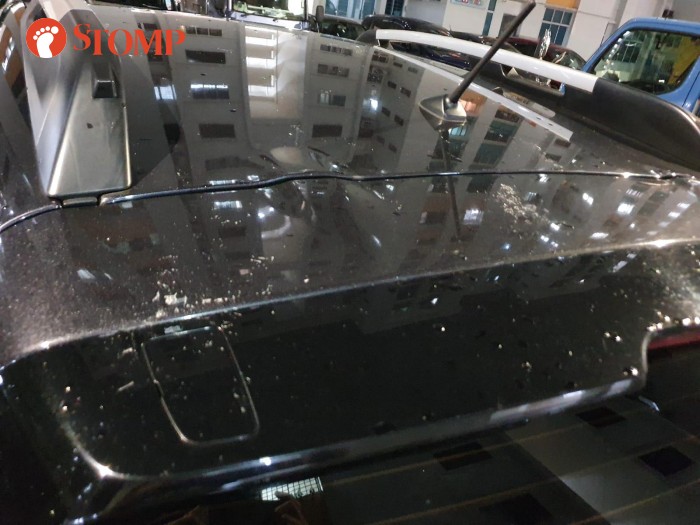 The Stomper, who shared several photos showing the damage on the car, said: "The windscreen was damaged and broken. The whole car had dents and there were scratches all over.

"We have already sent the car to replace its windscreen but have not sent for the dents to be repaired.. The cost for windscreen replacement is $100 under insurance."

"We have also made a police report as well as reported it to the Land Transport Authority (LTA) to find out what happened."

Kelvin is now appealing for witnesses to the accident.

He explained: "We don’t have the money to go for further repairs and wish to find out who is accountable for the damages."

Related Stories
Brick 'the size of a fist' strikes car at Bukit Timah Plaza, police investigating rash act
Driver left shocked and trembling after car gets struck by big plate that fell from truck
Flying rock smashes through car windscreen on BKE: 'My pregnant wife and I could have died'
More About:
damage
dangerous