Watch how gulper catfish swallows another fish of the same size 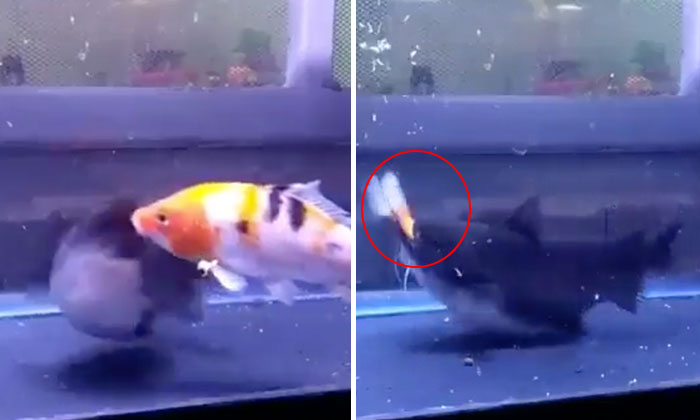 A video of a catfish swallowing up a koi carp has been circulating on WhatsApp.

Stomper Ah Boy forwarded the video to Stomp, which showed a black catfish, a koi carp and a pleco catfish in a tank at first.

The catfish suddenly turned and bit onto the carp which was swimming behind it, before swallowing the fish whole.

Struggle as it may, the carp could not break free from the vice-like grip of the gulper catfish, and resigned to its tragic fate.

According to Ah Boy, the black catfish is a species known as the Asterophysus batrachus, or gulper catfish.

The gulper catfish is a strict carnivore and swallows its prey whole, even creatures which are bigger than itself, often unsuccessfully, reads a Wikipedia entry.

“The funny thing was the other smaller fish (Pleco catfish) playing dead.

"The gulper catfish is not native to Singapore and the video is most likely not local."