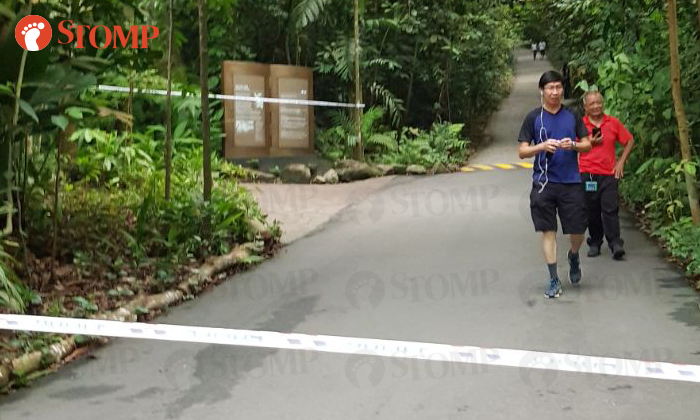 Police were called in following the discovery of a war relic in Bukit Timah Nature Reserve yesterday morning (March 30).

Stomper W shared with Stomp a photo that her colleague had taken at the scene, showing how a section of the park had been cordoned off.

W's colleague told her: "I was in a group run here, but we had to go."

In response to media queries by Stomp, the police said they were alerted to a war relic at the nature reserve at 7.08am.

According to Shin Min Daily News, a witness described the relic to be about 3 inches long and cylindrical in shape.

The relic had been discovered by a visitor, who then alerted staff at the nature reserve.

A Reddit user said that the hiking trails had to be shut and park visitors were evacuated from the area following the discovery, reported The Straits Times.

After around five hours, the cordon was removed and the nature reserve became accessible to the public again.