Wah, we don't know what to say about this boy... 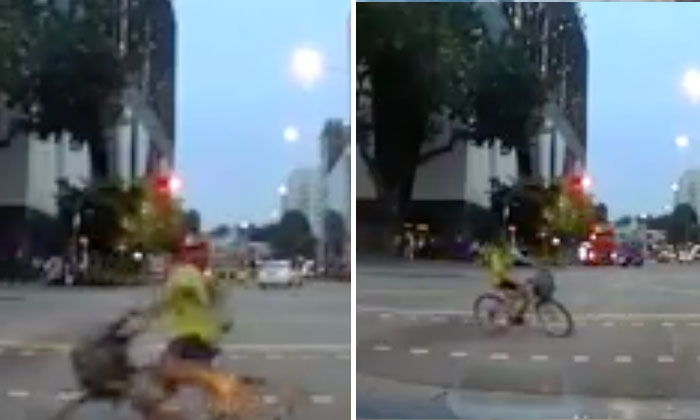 A boy on a bicycle was spotted riding in circles on Prinsep Street, just opposite of The School of the Arts Singapore (SOTA).

A video of the boy’s bizarre antics was captured by the dashboard camera on a passing vehicle and shared on All Singapore Stuff’s Facebook page.

According to the timestamp on the video, the incident happened on Wednesday (Aug 16) at around 7.15pm.

In the video, the boy could be seen riding in circles in front of the vehicle, seeming oblivious to other vehicles on the road.

As soon as the traffic light turned green, the boy turned and rode across the main road.

In an accompanying caption to the video, the contributor, Jil Khoo wrote:

“Think this is a playground is it, boy?

“Your grandfather’s road you also cannot do stunts like that.”

Related Stories
Kids goof around on ledge of HDB block, oblivious to the danger they face
Kid hangs on and swings from handlebars on MRT train -- for 15 minutes
Adults, why let kids behave like this in public, right in front of you?
More About:
weird
bicycle
bizzare
Prinsep Street
dangerous
misbehave
Youths behaving badly