Voyeurism at Compass One: Man, 36, who allegedly took upskirt video of woman arrested 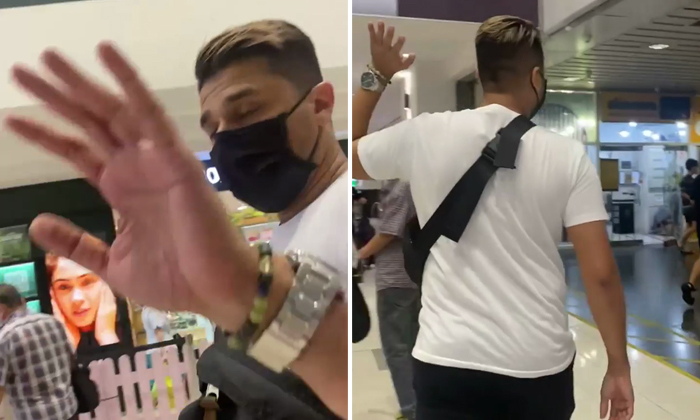 A 36-year-old man has been arrested in relation to a case of voyeurism at Compass One shopping mall on Monday afternoon (June 7).

The police said they were alerted to the incident at 1 Sengkang Square at 4.49pm, Stomp earlier reported.

According to a passer-by, he witnessed the "upskirt incident" while going on an escalator that was going up from Basement 1 to Level 1.

The passer-by said that he saw the man filming a woman in front of him, adding: "I witnessed him filming and he was looking around to make sure that nobody was watching him."

A video that the passer-by posted on Facebook shows him confronting the man, who can be seen shielding his face and trying to leave.

However, the passer-by soon "lost track" of both the man and the woman.

In an updated statement on Wednesday, the police told Stomp: "A 36-year-old man was arrested subsequently in relation to the case.