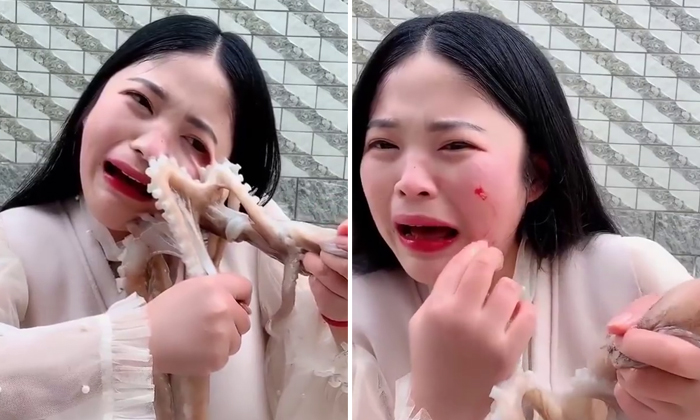 A woman in China tried to livestream herself eating an octopus alive -- but became the entertainment instead when the creature latched onto her face and refused to let go.

A video that has gone viral online shows the woman, known as "seaside girl Little Seven", wailing in pain as she tries to remove the octopus from her face.

She can be heard shrieking, "Oh my god", "Pain, pain, pain" and "My face is disfigured".

"I’ll eat it in the next video," she says, after finally removing the octopus from her wounded face.

According to online reports, the woman frequently shares videos of herself digging into seafood on Chinese video-sharing platform Kuaishou.

She had reportedly complained about her lack of popularity in earlier videos.

Well, looks like that will not be a problem anymore.