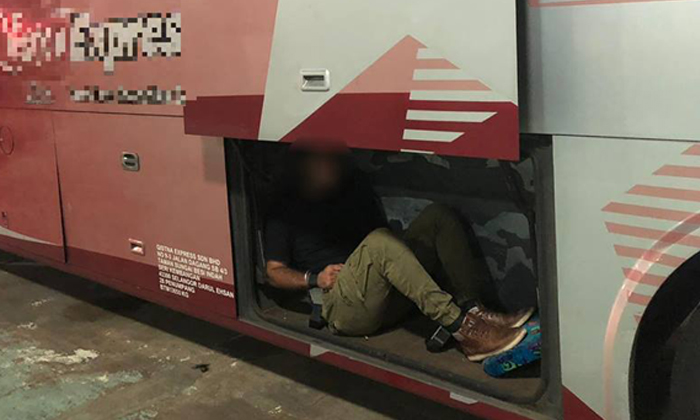 A 37-year-old Malaysian man was caught driving a bus with a passenger hidden in its luggage compartment at Tuas Checkpoint on Sunday night (Oct 14).

Immigration & Checkpoints Authority (ICA) officers had stopped the departing Malaysia-registered bus at around 9.20pm when they noticed that the driver was "visibly nervous".

Sensing something amiss, the officers conducted thorough checks of the bus and discovered the "illegal passenger".

Preliminary investigations revealed that the passenger is a 25-year-old male Indian national who is due to appear in court for another case.

"The driver was promised $700 by an unknown agent if he successfully conveyed the male Indian national out of Singapore illegally," said the ICA in a statement.

The driver and the man will be charged in court on Tuesday (Oct 16) for offences under the Immigration Act.