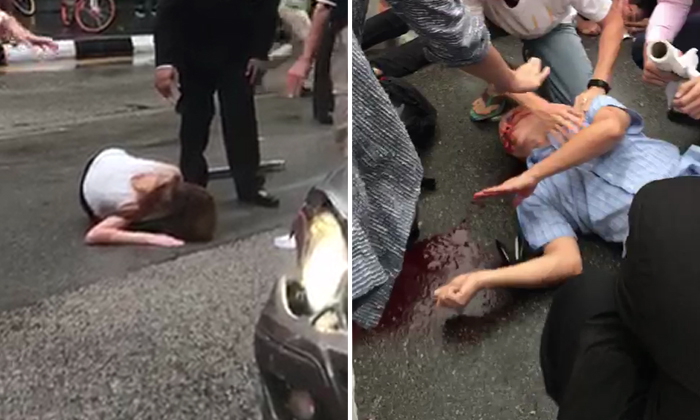 A video that recently surfaced on social media, showing several people lying injured on the road following an accident, is actually from December 2017.

The accident took place at around 6.30pm on Dec 7 last year, along Tanjong Pagar Road and outside Amara Hotel.

A Mercedes-Benz had mounted a divider on Tanjong Pagar Road, hit a lorry on the other side, then ploughed into four people waiting to cross the road on the traffic island.

The victims, three men and a woman aged between 23 and 56, were taken to hospital, while the 41-year-old Mercedes driver was arrested for suspected drink-driving.

Lim Kwong Fei was charged in court on Dec 8.

Previously unreleased video footage of the accident started making the rounds on Facebook and WhatsApp yesterday (March 29), leading many to believe that it was from a recent crash.

The clip, taken from a different perspective, shows four people lying sprawled on the road while passers-by attended to them.

Someone can also be heard telling a man, who was lying in a large pool of blood, not to move.