Viral video of woman pointing device at road: She's not from LTA 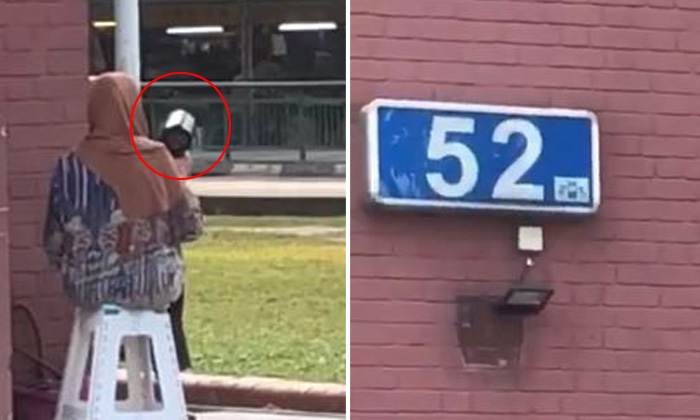 A video of a woman pointing a device at a road while sitting on a stool has been going viral on Facebook.

Stomp understands from the authorities that the woman is not employed by the Land Transport Authority (LTA) and is not part of an LTA operation.

Several Stompers alerted us to the video circulating on Facebook.

According to the Facebook posts, netizens say that she is a staff of LTA and was holding a device to catch speeding vehicles.

In the video, she is seen pointing the device towards vehicles at a road in front of her.

According to Facebook comments, the video was taken at Block 52 Circuit Road.

However, Stomp is unable to ascertain this.

"Beware if you're driving in the heartlands neighbourhood HDB estate," said the caption on a Facebook video uploaded by user Tan Lillian.

"Now LTA staffs disguise themselves like aunties sitting near the corner of HDB blocks with speed guns to catch speedsters."

A Stomper also said to Stomp: "Think twice before you speed at town estate roads.

"This LTA staff dressed like an aunty and sitting near a HDB estate will catch you."

Stomper Sherlly was also concerned when she came across this video.

"How can she not be wearing her uniform while she does this?" she said to Stomp over the phone.

"When she is on duty she has to wear her uniform for identity purposes or else she has no right to video cars driving past her."

Related Stories
Driver records himself going Fast & Furious at 210kmh
Lorry and van think they are starring in Fast & Furious movies in KPE tunnel
Woman takes video of driver going 192km/h and says: "If your man can't do this, he's not worthy to be your man"
More About:
speeding
camera
lta