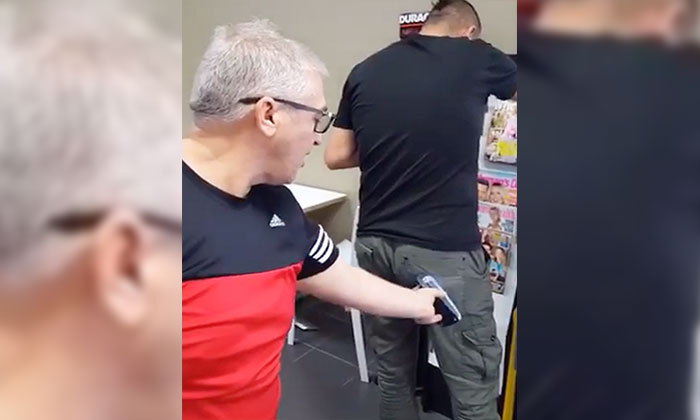 A video of a man using a card terminal to make a contactless payment by reading the cards placed in the back pocket of another man — seemingly without the latter even knowing, is circulating online.

Several Stompers alerted Stomp to the video, which has been circulating on WhatsApp, with some readers expressing concerns that this could also happen in Singapore where contactless payments are prevalent.

In contactless payment systems, credit cards, debits cards, smart cards, or smart devices use radio-frequency identification (RFID) or near field communication (NFC) to make payments. Typically, this includes an embedded chip or an antenna in the card or device which is then held near a reader at the point of sale terminal, allowing payment to be made.

Some contactless payment methods such as Visa Paywave also place a limitation on the value of the purchase. For example, Visa Paywave can only be used to make purchases up to $100. For purchases above the amount, an EMV-chip card payment terminal is required, which in turn needs a signature or PIN.

In the video forwarded to Stomp by readers, a man holding a card terminal, sneaks up behind another man who appears to be browsing magazines at a rack nearby.

He then gently taps on the right back pocket of the engrossed man who does not notice him.

The first man then shows the terminal to the viewers, which reads “transaction approved”.

He warns the viewers to be careful, saying that the cards can still be read even if they are placed in pockets.

A spokesman from NETS explained to Stomp that it is not possible to apply for a NETS terminal for fraudulent use as NETS has strict merchant onboarding processes.

Furthermore, the spokesman added that the sales proceeds are credited to the registered merchants' bank account, and are thus traceable.

On its website, NETS also states that each of its contactless cards contains a highly sophisticated, highly secure chip that performs a wide range of functions to maintain the card’s security.