Video of 'whirlwind' in Tuas: Landspout reported in Singapore for the first time 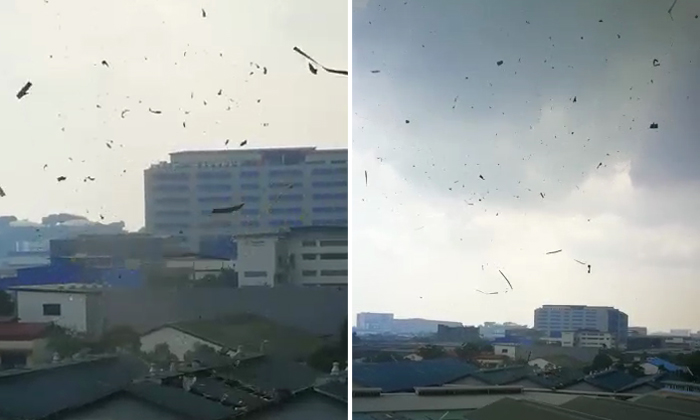 A landspout, also known as a rotating column of winds, was spotted in Tuas on Friday (Sep 27) and is the first reported occurrence of its kind in Singapore.

In the video, debris can be seen being lifted upwards into the air by strong winds.

A woman can be heard saying, "Really our first time seeing this."

Another man is later also heard saying that roof panels were being blown away. 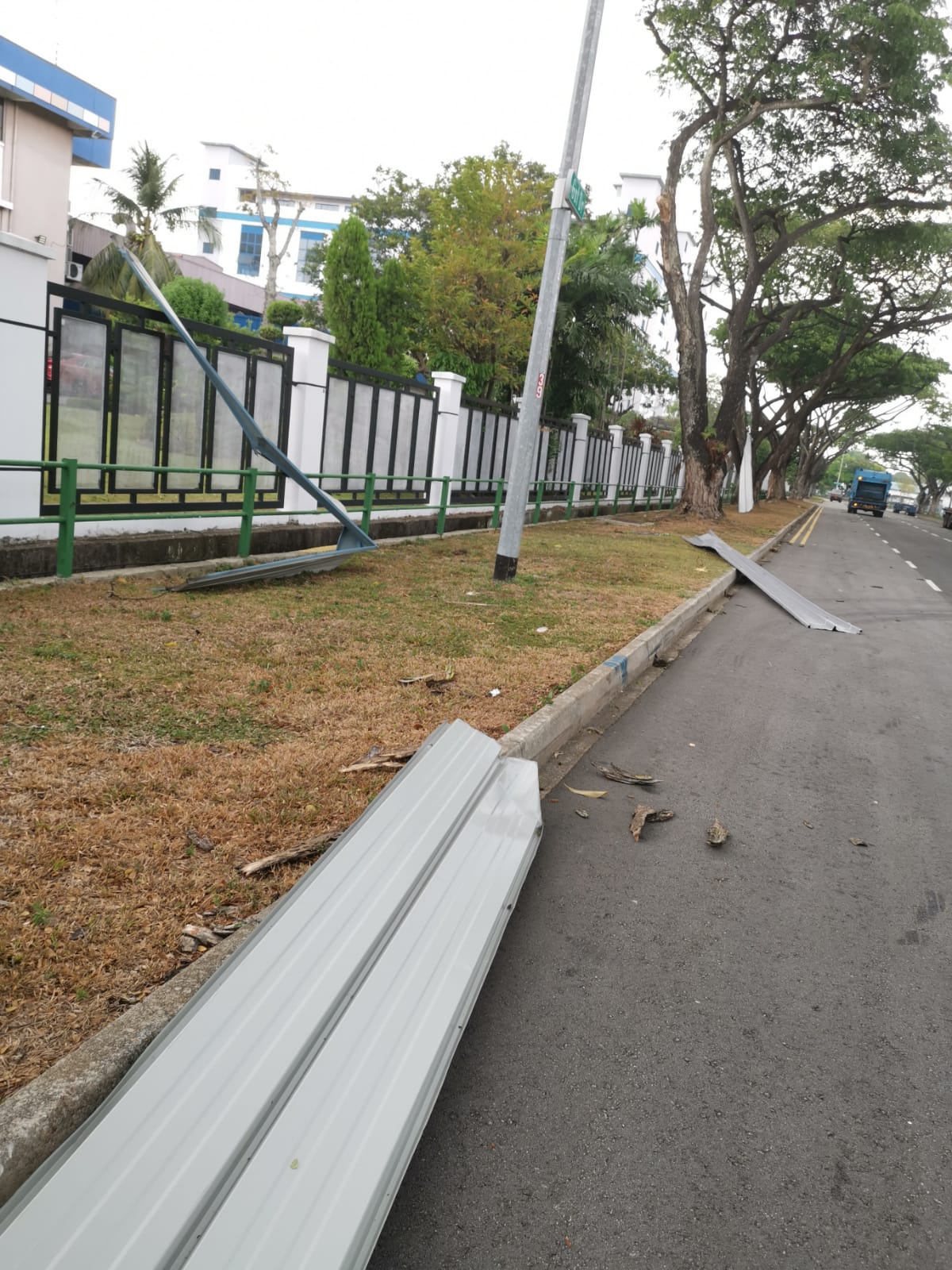 In response to a Stomp query, the Meteorological Service Singapore of the National Environment Agency (NEA) said a thunderstorm had developed over the waters off Tuas at around 10.30am on Friday.

MSS told Stomp in a statement: "When the thunderstorm moved inland at around 11am, the moist air feeding into the intensifying storm resulted in a rotating column of winds over Gul Way around the Tuas area.

"This rotating column of winds, also known as landspout, is caused by the development of an intense thunderstorm under unstable atmospheric conditions, similar to a waterspout that develops over a water body.

"A landspout typically has a life span of several minutes and weakens quickly when the thunderstorm matures or dissipates.

"The closest wind sensor to the Gul Way area is located at Jurong West, about 3km away, and it recorded a low wind gust of 16.1 km/h today.

"Based on our records, this is the first reported occurrence of a landspout over Singapore. A waterspout was last sighted on 11 May 2019 near Singapore’s southern shore."