Video of scantily-clad waitresses was taken in Bangkok, not Singapore 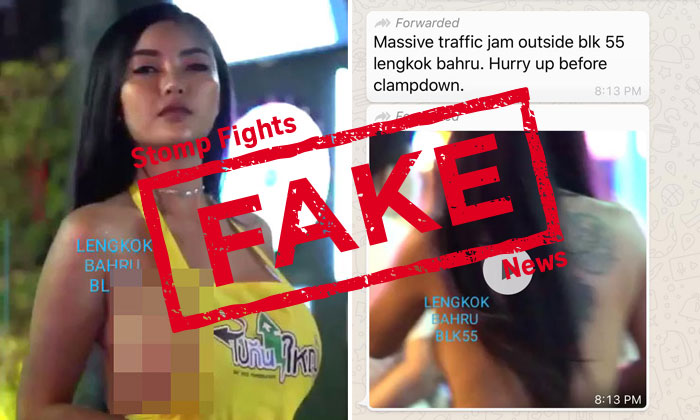 A video circulating online of waitresses wearing nothing aprons and their underwear did not happen in Singapore.

Several Stompers alerted Stomp to the video they had received via WhatsApp with a text alleging that the video was shot at Block 55 Lengkok Bahru. 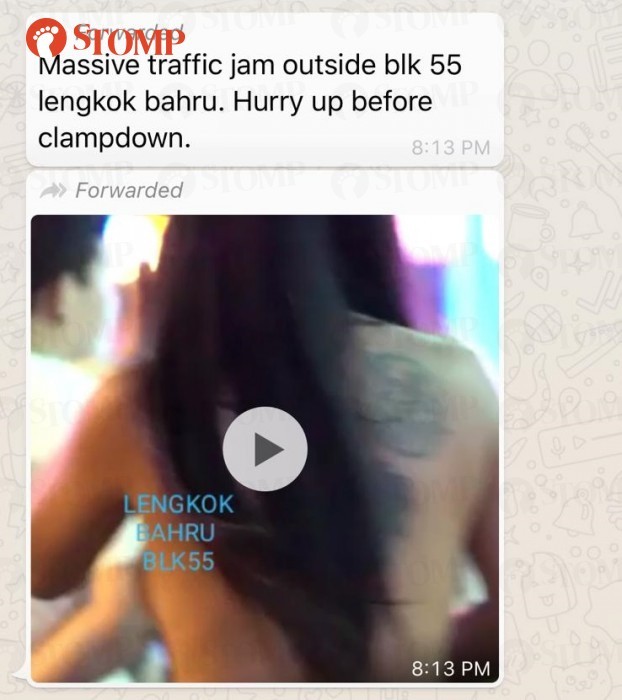 The accompanying text also said that there was a massive traffic jam near the block.

However, according to Thai media, the video was taken at a restaurant in Bangkok during its dinner service for a one-day event on Nov 14.

The original video was posted on Facebook on Nov 16 where it subsequently went viral.

The publicity stunt worked and attracted throngs of gawking customers but the video also angered many locals who reported it to the police.

Police Colonel Alongkorn Sirisongkram said in a statement: "We saw the videos and pictures of the pretties working at the restaurant and it was agreed that this was not an appropriate way to dress in public."

The women and the restaurant's owner were each fined 2,000 baht ($90) for public indecency.