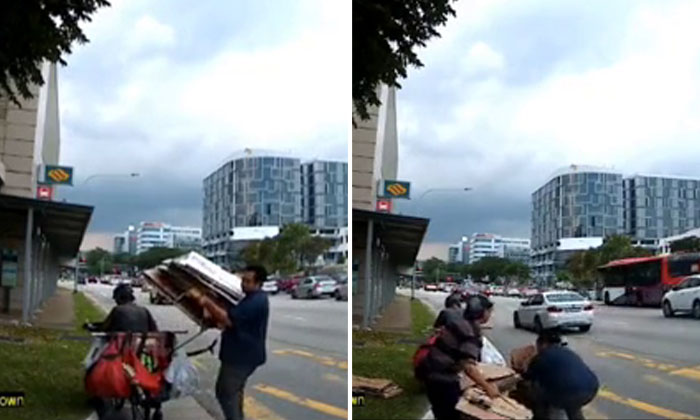 In the hope that his act would inspire people to help others, a TikTok user, @Snezams, uploaded a video of himself helping a stranger on the street.

The clip, uploaded on July 14, shows footage from presumably the dashboard camera of the man's vehicle.

At the start of the two-minute video, @snezams stops his car at a bus stop along Paya Lebar Road, just ahead of a cardboard collector pushing his bicycle with bags and folded cardboards atop.

In the video captions, the TikTok user says: "I am grateful today. I was given a chance to do something I always wanted".

He approaches the cardboard collector and says (according to the video captions): "It's (going to) rain. Please let me help you. I would be really honoured."

After the cardboard collector agrees, the TikTok user helps him unload the piles of cardboard from his bike so that he can seek shelter from the impending rain.

A few seconds later, another person approaches to assist them in unloading the items.

At the end of the video, the TikTok user says he did not post the video to show everyone his act of kindness, but instead, hopes it would serve as a message.

"You won't know (if) the person you help might be at the lowest point in his or her life (and has) no one to turn to," he says.

The video has since been shared on social media, garnering praise from netizens in the comments section who said the man’s actions were admirable.

Inevitably, there were cynics as well: 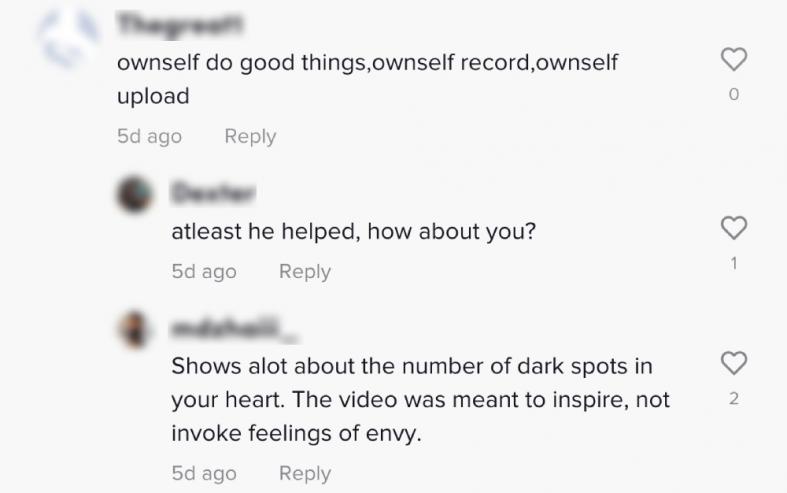