Video of man attacking McDonald's employee for telling him to wear mask happened in Hong Kong, not Bugis Junction 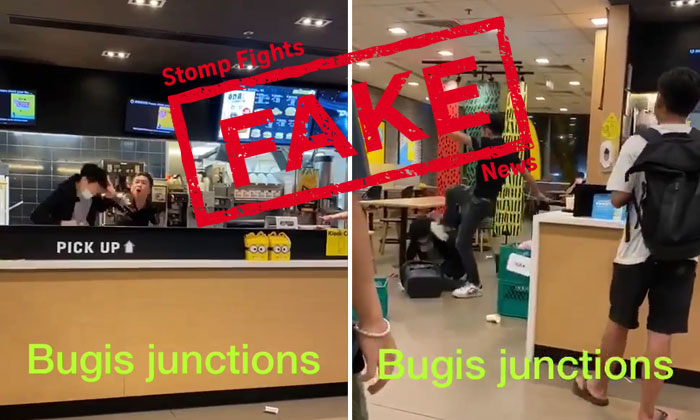 Footage of a man punching and kicking a McDonald's employee happened at an outlet in Hong Kong and not at Bugis Junction in Singapore.

A Stomper alerted Stomp to the video circulating on social media with "Bugis junctions" ​​captioned on it.

According to Coconuts Hong Kong, the incident happened at a McDonald’s outlet in Tuen Mun at around 3am on Tuesday (July 14).

In the video, the man in a black T-shirt is seen shouting at the worker before barging behind the counter and punching him several times.

After the employee is knocked to the floor, the man starts kicking him.

According to local reports, the man and his female companion were not wearing masks when they walked into the restaurant.

The McDonald's employee had reminded them to put their masks on but when they ignored him, he refused to take their order.

That was when the man got angry and starting attacking the worker.

The employee was taken to hospital for his injuries and the 27-year-old man was arrested on Tuesday night in relation to the incident.