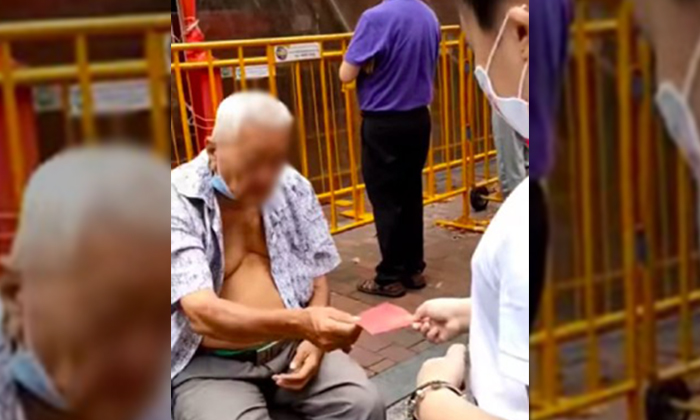 What was supposed to be a heartwarming initiative has sparked a debate among sceptical netizens.

A video circulating online recently shows two girls giving out red packets while walking along Waterloo Street with their mother.

Their mother, who had asked her daughters to approach people sitting outside Kwan Im Thong Hood Cho Temple, can be heard telling them to give a red packet to an elderly wheelchair-bound woman and wish her a happy new year.

While some netizens commended the family for their generosity and kindness, others questioned the mother's intentions. Some also felt that she was showing off and criticised the video for being a publicity stunt.

One user said, "Charity comes from the heart, not from publicity."

However, a few argued that it did not matter whether the video had been filmed because "if there's money given to the needy, at least some good is done."