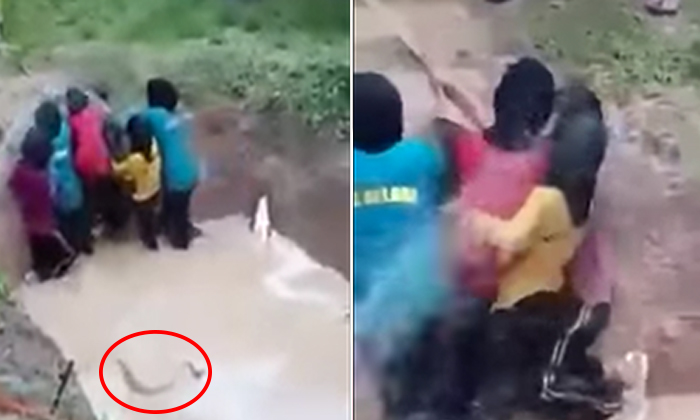 While Singaporean parents might worry if school orientation camps here are too racy for their children, their Malaysian counterparts have vastly different concerns.

Recently, a video showing school girls being forced to walk through a muddy pit filled with snake has surfaced online.

The routine was part of a team-building exercise at a camp supported by the Malaysian Civil Defense Department according to Asiantown.

In the three-minute long video, the girls were seen screaming as they waded through the murky waters of a pit, which they were told, contained two pythons.

Meanwhile, more snakes were thrown in as the group progressed through the pit.

Instructors off-screen could also be heard issuing orders, and telling the girls to “get in and dive”, while another person was seen spraying them with a hose.

Laughter could also be heard in the background during the process.

The camp, a joint effort between the Malaysian Civil Defense Department and a school, was held in the western state of Perak, Malaysia.

Following the circulation of the video, four coaches and six assistants have been suspended.