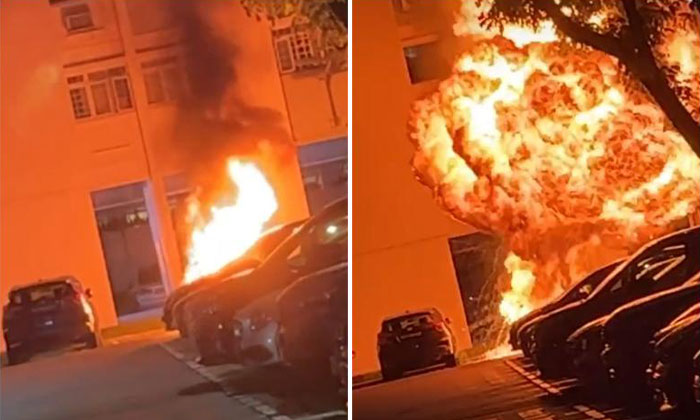 A motorcycle was gutted by flames that shot more than 2m high in an open carpark next to Block 172 Bishan Street 13 on Wednesday night (Feb 9).

The Singapore Civil Defence Force (SCDF) said it was alerted to the fire at 10.50pm and extinguished the flames using a hosereel. 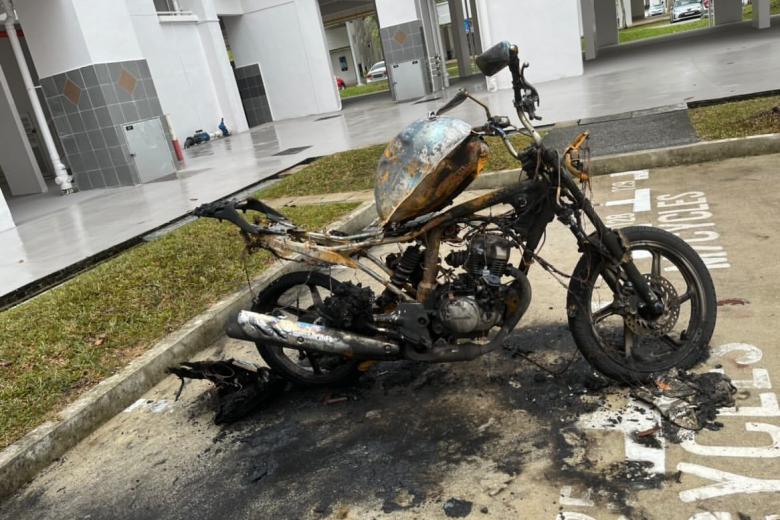 A car parked next to the burning motorcycle was also affected by the fire. There were no reported injuries.

A TikTok video posted on Wednesday captured the incident, it showed a vehicle on fire that later erupted into a ball of flames accompanied by a loud boom.

Student Tan Ying Yu, who filmed the incident and posted the video, told The Straits Times that her father had contacted the SCDF after spotting the fire from their block nearby.

The 17-year-old was moving closer to the motorcycle when it exploded.

“I was shocked. I thought such explosions happen only in movies,” Ying Yu said.

I just caught a heart attack when the boom came