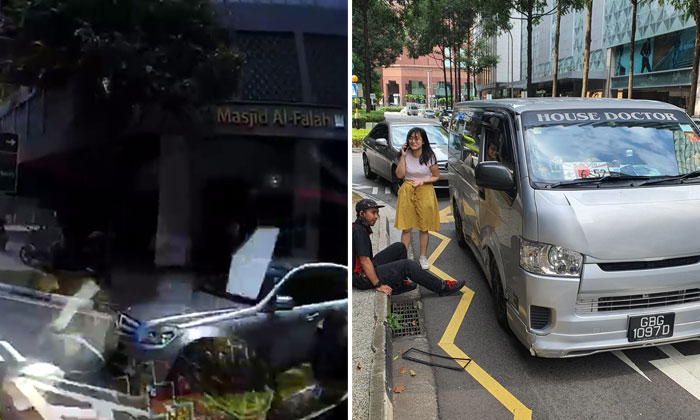 A 35-year-old van driver was taken to hospital after his van was involved in a collision with a car along Bideford Road on Wednesday morning (Feb 10).

Stomper Rohaizat alerted Stomp to a video and photos of the incident that have been circulating online.

In the footage taken from the van's in-vehicle camera, the Mercedes-Benz car is seen approaching from the right.

Instead of giving way, the car proceeds forward and hits the oncoming van.

In photos, a man believed to be the driver of the van is seen sitting on the side of the road.

In response to a Stomp query, the police said they were alerted to the accident at 11.49am.

"The 35-year-old male driver was conscious when conveyed to Singapore General Hospital," a police spokesman said.