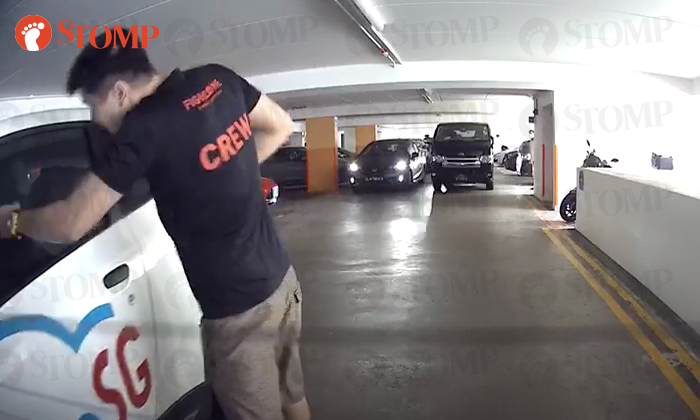 The police are investigating an incident in which a man allegedly punched two vehicles during a dispute at a multi-storey carpark in Jurong West.

Stomper DeathKnight2210 said the incident occurred at Block 346A Kang Ching Road on Sunday (Aug 2), at around 1.05pm.

According to DeathKnight2210, the dispute started when he honked at a BlueSG car to signal his own intention to reverse.

This apparently upset a van driver at the scene, who allegedly hit DeathKnight2210's car window. The two men also got into an altercation.

The BlueSG car then tried to stop the van driver by honking, but this earned him a punch on his car window too.

DeathKnight2210, who shared a video of the van driver punching the BlueSG car, recounted: "I was driving my car into the multi-storey carpark and stopped at Deck 2, where a black van was stationary in the middle of the driveway and I was unable to pass through.

"A man then boarded the driver's seat of the van and began to reverse, coming very closely to my parked vehicle.

"Hence, I honked to warn an oncoming BlueSG car behind me to signal my intention to reverse, so that I could create a safe distance with the van.

"I then drove past the van when it was safe to do so. However, the driver of the van stepped out and punched the left side of my window twice when my car passed by his van.

"I stopped my car aside and stepped out of my car to ask about his actions, as I wasn't honking at him and didn't know why he was so triggered.

"He shouted back, "What is your problem?" while approaching me aggressively.

"When I explained that I had honked to signal to the BlueSG car behind me, he continued to confront me and suddenly pushed me in thr chest (near the neck area).

"This caused me to lose my footing and knock into the driver's door, which was ajar.

"At the same time, the van driver raised his right fist like he was intending to punch my face and I lost my balance. 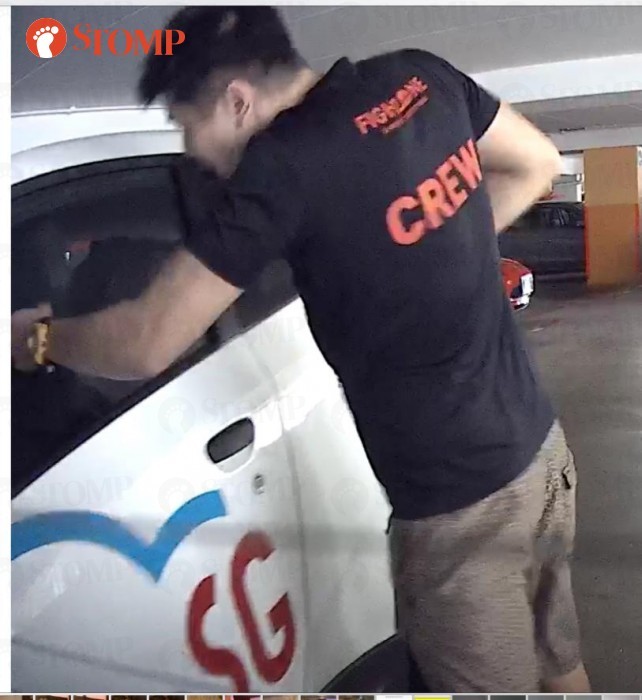 DeathKnight2210 said both he and the BlueSG car driver "drove away" from the van driver, who did not follow.

The Stomper added: "I was in shock and did not call 999 immediately.

DeathKnight2210 lodged a police report the following morning (Aug 3) as he "felt threatened by the van driver's actions".

The Stomper also visited the doctor and was given two days of medical leave, as he had injured his right feet when he nearly fell during the incident. 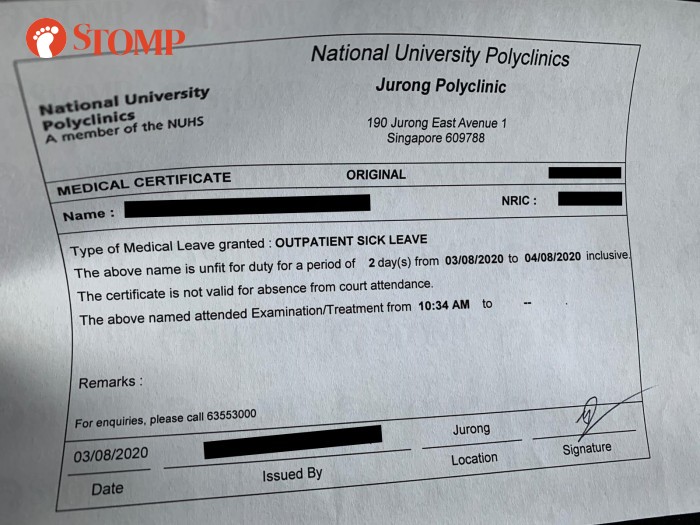 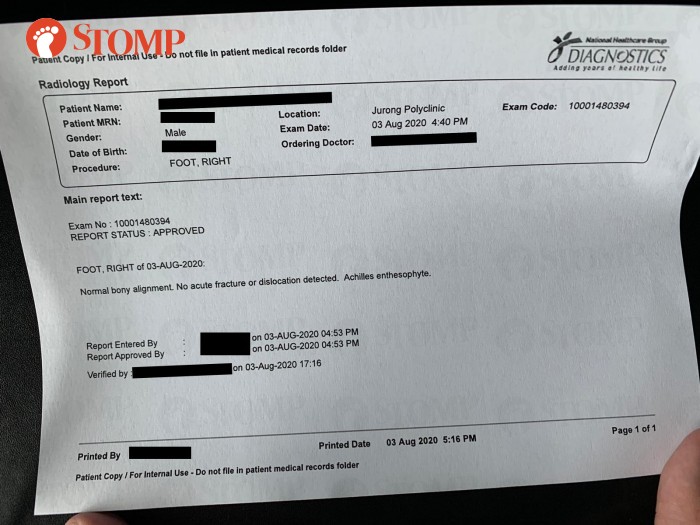 DeathKnight2210 shared: "I was diagnosed with having achilles enthesophyte, which means a muscular injury of the heel.

"I was and am still shocked. I have been having broken sleep the past few days and waking up at 5am with less than six hours of sleep because I keep having nightmares that someone is chasing me down and punching me.

"I am hoping to find the driver of the BlueSG car because he witnessed what happened and also had his car attacked. So I hope Stomp can reach out to him to help testify."