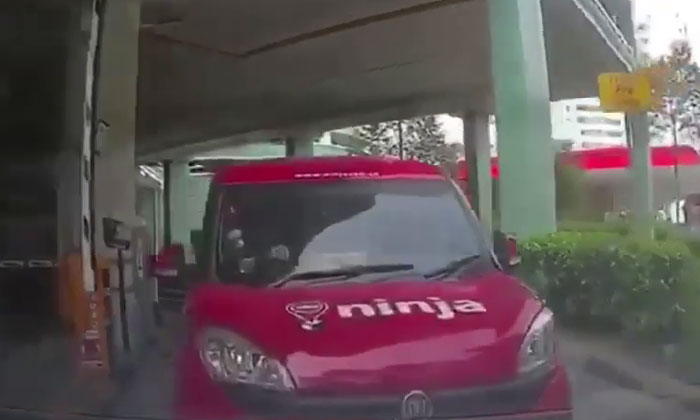 Ninja van told Stomp it is investigating an incident where a Ninja Van driver was caught on video evading parking charges by tailgating another vehicle out of a carpark in Yishun on Sep 16.

A video of the incident was posted on SG Road Vigilante's YouTube page on Tuesday (Oct 15).

It did not specify where exactly in Yishun the incident occurred.

In the video, the van is seen parked a few metres before the carpark's exit gantry.

However, when the driver of the car with the car-cam overtakes the van to exit, the driver is seen speeding up to tailgate him out of the carpark.

A Ninja Van spokesman issued the following statement to Stomp:

"We are aware of this incident and have been in touch with the driver to investigate this matter.

"We do not condone dishonest acts and will take firm action against employees found to have engaged in any unlawful activities."