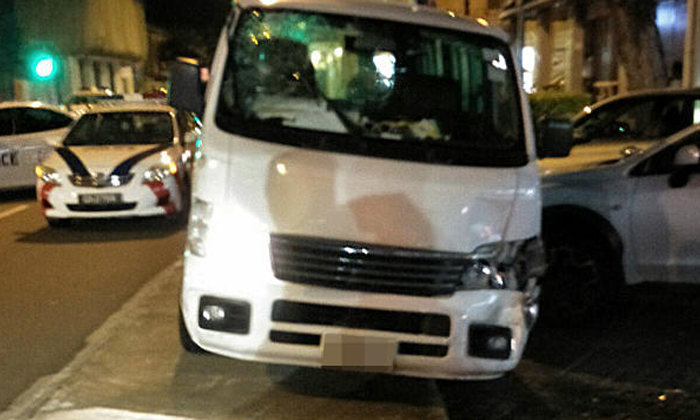 A 33-year-old man was arrested for suspected drink-driving after the van that he was driving mounted a kerb along Dunman Road and hit a pedestrian on Friday (March 30), after midnight.

The police told Stomp that they were alerted to the accident, which involved a van, a pick-up and a pedestrian, at about 12.45pm.

The 62-year-old male pedestrian was conscious when taken to Changi General Hospital, which had been alerted to be on standby to receive him.

According to Shin Min Daily News, the impact of the collision left the victim bleeding from his head, face and hands.

A witness told Shin Min that the van's left headlight was damaged when it drove up onto the kerb and crashed into an empty pick-up truck.

The van then hurtled towards the victim, who had been waiting for a taxi by the roadside.