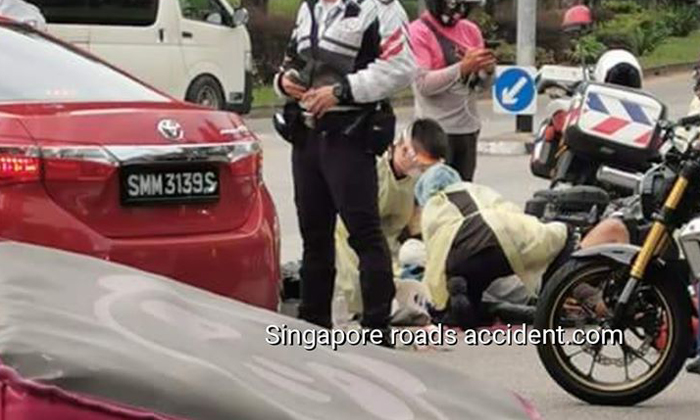 A 27-year-old motorcyclist was taken to hospital after getting hit by a van in Boon Lay on Thursday afternoon (June 11).

In response to a Stomp query, the police said they were alerted to an accident involving a motorcycle and a van at the junction of Boon Lay Ave and Boon Lay Drive at 4.34pm.

A reader alerted Stomp to photos of the accident scene that were posted on Facebook.

Paramedics can be seen attending to the motorcyclist.

When contacted by Stomp, a friend of the motorcyclist said that the victim had been "going straight" while the van had been "turning right" when a collision occurred.

The male motorcyclist was conscious when taken to National University Hospital.

According to his friend, who declined to be named, the motorcyclist is waiting to undergo further scans in the intensive care unit.