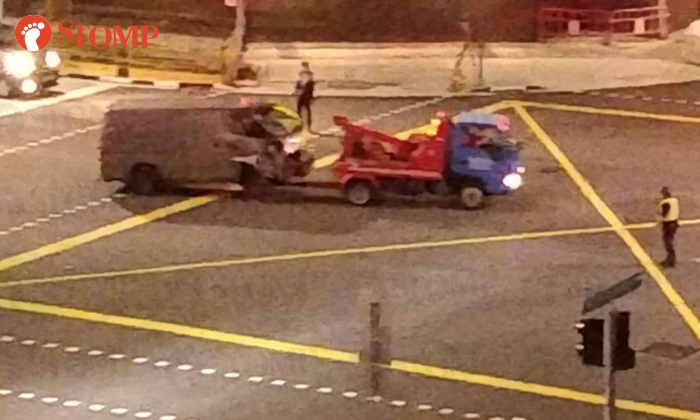 A van crashed into a traffic light pole in Ang Mo Kio on Tuesday night (June 1).

In response to a Stomp query, the police said they were alerted to an accident involving a van along Ang Mo Kio Avenue 4 towards Lentor Drive at 11.23pm.

Stomper Khalifah, a resident in the vicinity, shared photos showing the van being towed away by a tow truck.

Khalifah said: "I was at home and heard a loud bang. A van had hit a traffic light pole and caused disruption to traffic at the junction.

"I approached the van driver and asked him, 'Sir, are you okay? And any injury?'

"The driver seemed nervous and replied, 'Yes, yes I am okay, my tow truck is on the way' before leaving the scene.

"The traffic light and the pole was subsequently removed."

Khalifah told Stomp on Thursday that the traffic light has since been replaced. 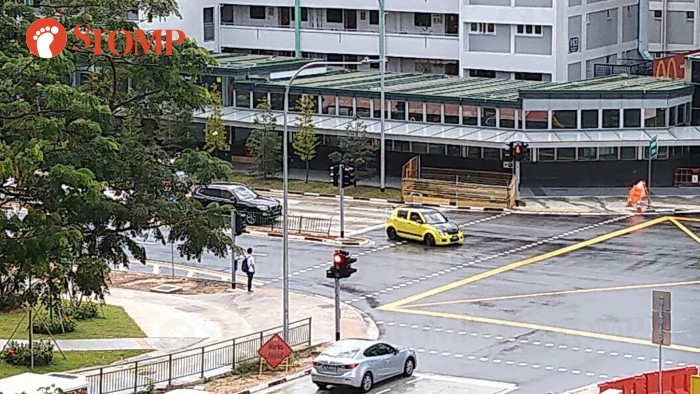