US woman with brain cancer gives birth while in coma, dies 3 days later 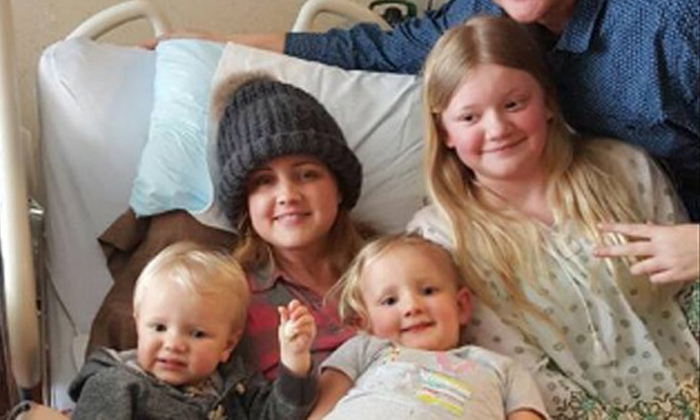 How great is a mother's love?

For one woman from Michigan, United States, it meant foregoing chemotherapy for the sake of her unborn daughter.

But she could not greet her newborn as a stroke in July had left her in a coma.

As she became "completely unresponsive" this month, her baby had to be delivered because she was sick, DeKlyen's sister-in-law said in a Facebook post on Sept 3.

DeKlyen was taken off life support on Sept 8 and died a day later.

She was first diagnosed with glioblastoma, an aggressive cancer that affects the brain or spinal cord, in April this year.

Common symptoms include headaches, nausea, vomiting, and seizures, according to Mayo Clinic. The condition is difficult to treat and incurable.

When DeKlyen's doctor told her that she would die if she didn't terminate the pregnancy, she said "We're keeping it," her husband Nick told People magazine.

To increase her chances of carrying the baby to term, she underwent four major brain surgeries to remove the tumour but additional treatment was needed to kill remaining cancer cells.

Their family then set up a Facebook page named Cure 4 Carrie and documented her journey with brain cancer.

Besides the baby, who has been named Life Lynn Deklyen, the couple has five other children aged between one and 18.

After her death, DeKlyen's husband said that he will raise their children on his own.

And when Life grows up, he will tell her "how amazing her mother was," he told ABC News.

"My kids have been so lucky to call her Mum."

Related Stories
S'porean couple finally gets first baby after 11 years -- but woman slips into coma after giving birth
Thai woman disfigured by massive tumour on face dies at 28
"If I die, can you name your future child after me?": 6-year-old cancer patient’s last words to parents
More About:
cancer
death
dead
heartbreaking
coma
family