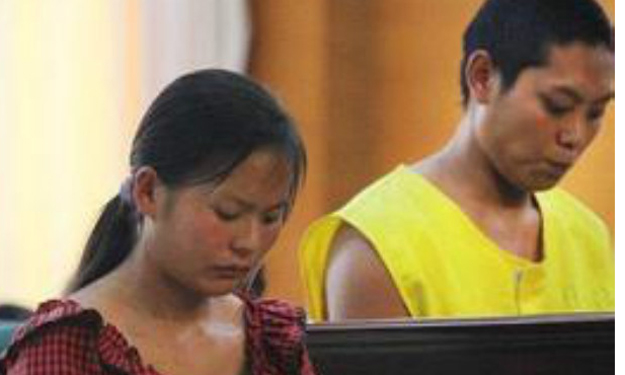 And the parenting fail award of the year goes to... these two 'goondus'.

Apparently to a young couple in Fujian, their 18-day-old daughter was only worth an iPhone and a motorbike.

According to Shanghaiist, they were put on trial last Friday for the crime of selling their own 18-day-old daughter to pick up a quick 23,000 yuan (about $4,881 SGD).

Sohu News reports that the couple, A Duan and Xiaomei, are both 19.

They met and fell in love in 2013 but did not  register for marriage since they were still too young according to Chinese law.

Xiaomei soon became pregnant and gave birth to a baby girl on August 28, 2014.

Without a job, A Duan considered his newborn daughter a massive burden for the family and suggested just simply selling her off. At first, Xiaomei did not agree with the idea and turned to her father-in-law for help.

However, the man told her that he preferred boys to girls anyway. After that, Xiaomei quit protesting.

A Duan then found a buyer via QQ instant messaging system and sold off his own child. With the money, he went out to buy an iPhone and motorbike.

After that, Xiaomei left A Duan.

He threatened her that if she did not come back to him then he would go to the police. Xiaomei refused, so A Duan actually turned himself in to the local police last June.

"I was adopted myself. Many couples in my hometown sell their old child. I didn't know it was against the law," Xiaomei claimed when she was picked up by police.

The young couple have been both charged with child abduction and trafficking.

A Duan received a three-year prison sentence, while Xiaomei got off with a suspended two-year sentence.