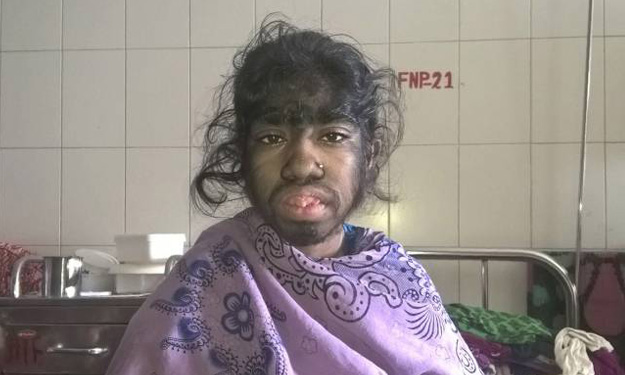 The family of a 12-year-old Bangladeshi girl who suffers from a rare condition that causes her face and body to be covered by thick hair are seeking funding for surgery to give her a chance at a normal life.

The girl, Bithi Akhtar, suffers from Byars-Jurkiewicz syndrome and a complication known as hypertrichosis otherwise known as "werewolf syndrome".

According to AFP via AsiaOne, she was covered with hair since she was born.

The girl's parents thought it would go away as she grew up.

However, the excess hair is not the only side effect of the syndrome.

She also suffers from swollen gums that cover her teeth and her breasts make up almost half of her 38kg weight leaving her unable to stand or attend school with her peers.

Bithi's doctor said that only four or five people in the world are believed to suffer from the exact same condition.

Bithi's family is currently seeking to create awareness to her problem in order to raise funds for treatment.

Doctors have said that her life could be improved with surgery.

With enough funding, doctors plan to carry out a breast reduction, reduce her swollen gums and give her hormone therapy to control her body hair.

The university treating the girl covers part of the cost of her treatment but her family still cannot afford the rest.

Her father, who is a motorbike taxi driver, said:

The parents were inspired by the case of a Bangladeshi man who received hundreds of offers of financial help for surgery to remove massive bark-like warts on his hands and feet.

Bithi is optimistic about her future despite spending most of her time in hospital.