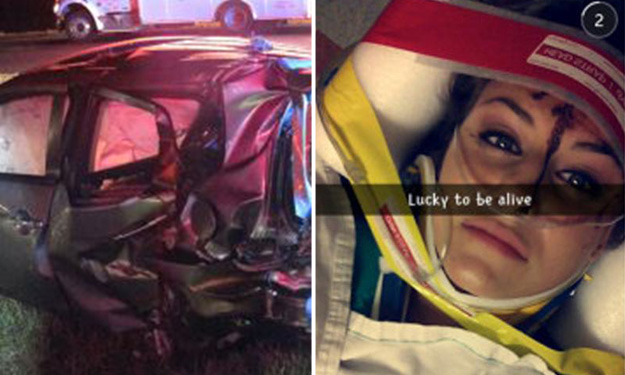 An 18-year-old girl is being sued for allegedly crashing her car while playing with Snapchat's 'speed' filter and leaving the driver of the car she hit with permanent brain damage.

According to Unilad, Christal McGee had her phone in one hand with the 'speed' filter on Snapchat and began to drive fast. The filter uses GPS technology to determine how fast the user is moving.

One of her passengers, a co-worker who was pregnant, had reportedly asked her to slow down to which she replied: "Just trying to get the car to 100 miles per hour to post it on Snapchat."

The passengers in her car escaped with minor injuries but the driver of the other car, Wentworth Maynard has been left with permanent brain damage.

His family is suing McGee and Snapchat.

The lawsuit is targeted at both parties because according to Maynard's lawyers, Snapchat should have known the filter had dangerous implications.

Unsurprisingly, she got distracted by the mobile application and crashed head on into another car at 107 mph.

She even took a snap after the collision in the ambulance with the caption, "Lucky to be alive".