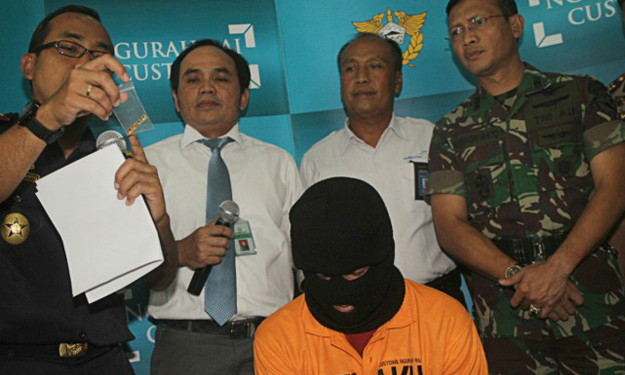 Singaporean citizen Mohammad Noh Bin Abdul Salam was forced to cancel his 33th birthday party in Bali on Friday after Ngurah Rai Airport customs officers arrested him for bringing drugs onto the island.

The cafe employee in Singapore was found to bring 10 ecstasy ( MDMA ) pills and some LSD in the form of "happy paper", which has been more widely known as "blotter acid" since the 1960s.

The Bali Customs and Excise Office's prosecution and investigation chief, Husni Syaiful, said Mohammad Noh was arrested upon his arrival at the airport via Malaysia on AirAsia flight AK 376 on Tuesday afternoon. He said it was the office's K-9 team that found something suspicious in Mohammad's luggage. "When we examined it, we found 10 MDMA pills and one piece of happy paper," Husni said in a press conference on Wednesday.

Officers said Mohammad told the police he bought the drugs in Malaysia. "He said he was preparing the drugs for his birthday party in Bali," Ngurah Rai Customs and Excise Office head Budi Harjanto said.

Budi claimed it was probable Mohammad Noh was not only a drug user, but also part of a drug ring that aimed to test the security in Bali airport.

"He claimed he himself would use the drugs, but we still have to investigate his claims. He could be part of a drug ring," he said.

Mohammad Noh will be charged with violating Article 113 of the 2009 Narcotics Law, which carries a maximum sentence of 15 years imprisonment and a Rp 10 billion ( S$1,019,171 ) fine. He was handed over to the police on Wednesday for further legal processing.